For more than 35 years, retired pest management professional (PMP) Phil Allegretti has been amassing an unusual collection: He has dozens of cans, bottles, dusters and other paraphernalia of pesticides past. 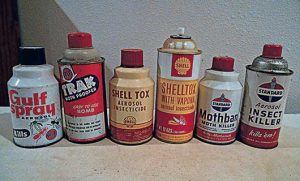 It started in 1980 in Bonners Ferry, Idaho, when Allegretti — then president of Panhandle Pest Control in nearby Naples — encountered a 1950s can of ichlorodiphenyltrichloroethane (DDT) in the attic of a theater account. The colorful can became the first of many in a collection that he ended up donating to the Chemical Heritage Foundation in 2014 for its museum’s permanent collection. He has since started his collection anew — to both the consternation and amusement of his family. 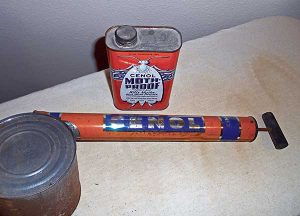 Cenol lives on today as CTX-Cenol, although its insecticide lineup has obviously changed with the times. Here is a vintage Cenol Moth-Proof can and hand pump bug sprayer — a standard piece of equipment before PMP Hall of Famer Bill Brehm and George Gilmore invented the B&G sprayer in 1947 while students at Purdue University.Photo: Phil Allegretti 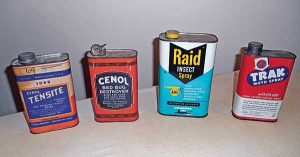 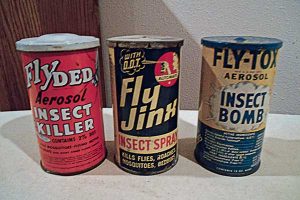 From left are three mid-20th century DDT products: FlyDed, Fly Jinx and Fly-Tox aerosol insect bomb. With few exceptions, DDT use has been banned in the U.S. since 1972.Photo: Phil Allegretti 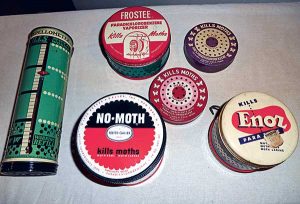 Paradichlorobenzene was registered in 1942 and continues to be used in some mothball products as a moth control alternative to naphthalene. Clockwise from left are the Expellometer, the Frostee vaporizer from the Frank J. Corran Co., two more paradichlorobenzene canisters (red and purple) from the Mabex Co., Enoz, and No-Moth from Reefer-Galler.Photo: Phil Allegretti

Gulf, Shell and Standard (Oil) might be more recognizable to us today as automotive gas and service station brands, but they were once in the insecticide industry, too.Photo: Phil Allegretti 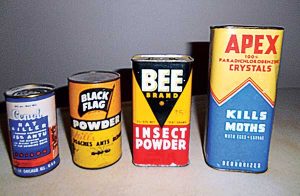 If you’ve got photos from your collection you’d like to share, please send an email to pmpeditor@northcoastmedia.net.