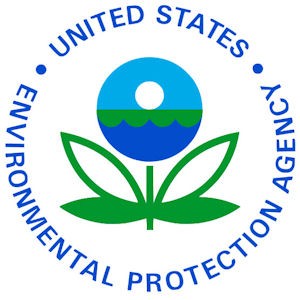 The U.S. Environmental Protection Agency (EPA) is finalizing standards for applicators who apply restricted-use pesticides (RUPs) that are not available for purchase by the public, and require special handling. Known as the Certification & Training (C&T) rule amending 40 CFR part 171, the action is meant to reduce the likelihood of harm from misapplication, because the pesticides may only be applied by a certified applicator or someone working under their direct supervision. The agency’s stricter standards would require all people who are certified to apply RUPs to be at least 18 years of age. These certifications must be renewed every five years.

The EPA is requiring specialized licensing for certain methods such as fumigation and aerial application that can pose greater risks if not conducted properly. For further protection, those working under the supervision of certified applicators will now receive training to use pesticides safely and to protect their families from “take-home” pesticide exposure.

States and Tribes with an EPA-approved program may issue licenses to pesticide applicators who can demonstrate the ability to use these products safely. The final action also updates requirements for state programs and for applicators obtaining licenses. Many states already have in place some of the stronger requirements of this new action.

In a Dec. 13 email to members of the United Producers, Formulators and Distributors Association (UPFDA) members, Norm Goldenberg, an UPFDA government/regulatory committee representative, noted that the action should be regarded with some concern for pest management professionals.

“While this specifically applies to RUPs, the entire statute/regulations will open opportunities for [non-governmental organization]/activist groups to add their changes, e.g. voiding pre-emption where it exists, adding burdensome requirements for commercial applicators for hire with respect to [general use permits], etc.,” said Goldenberg, a 2008 PMP Hall of Famer. He noted that it might also have an impact on certain state certification renewals for continuing education units (CEUs), although it would likely not happen right away. According to the National Pest Management Association (NPMA), the rule will go into effect Feb. 12, 2017, but there will be a lengthy implementation period.

The final rule includes flexibility for states to continue portions of their existing programs that are equivalent to the revised rule. The EPA will work with states to review and approve updated certification plans.

In its assessment, the NPMA Policy Team noted that the final rule was an improvement over what had been initially proposed back in the summer of 2015:

NPMA will be conducting further analysis in the coming days/weeks but the final rule is a positive alternative to the proposed rule. The final rule will have varying impacts from state-to-state but it is clear that as an industry our voice was heard and the issues that were of most concern to our industry were addressed. NPMA will continue to work with EPA and state regulatory officials over the course of the next 60 days to ensure accurate interpretation of the final rule and then begin the process of assisting in implementing the rule over the course of the next several years.