The tiger beetle was featured on Wired‘s “Absurd Creature of the Week” thanks to its ferocious tendencies.

The tiger beetle is known for its aggressive predatory habits and running speeds. Adults feed on ants, lady beetles, larvae and other beetles by running them down so fast that they often become temporarily visually disoriented. The larvae feed by burrowing themselves in the ground and capturing insects that pass over them.

Wired publishes “Absurd Creature of the Week” episodes, as well as science and technology articles, photos, slideshows and videos on absurd creatures.

Learn more about the tiger beetle in the video above from Wired. 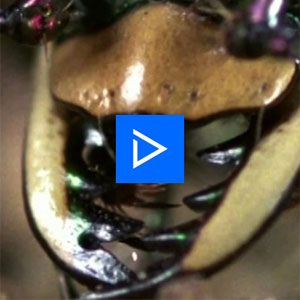