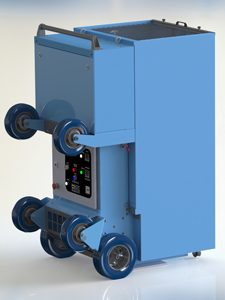 The Modular Heat Injector System was recently awarded an additional U.S. patent, as a tool to eradicate bed bugs. The energy-efficient concept of the Heat Injector was originally patented in 2008 and has been used in the industrial market since 2011. The system allows heated air to be recirculated; there are no external ducts. It harnesses the power of propane to produce more heat than electrical systems — all without a generator. The discharge temperature is continuously monitored, and automatically controlled, to produce a heated airflow immediately at the operator’s desired temperature.

- Use nonverbal cues to communicate with detector dogs

- Why nonverbal cues matter to detector dogs
This article is tagged with bed bug, heat, system and posted in Product of the Day