Pantry pests, stored food pests — no matter what terminology you use, the panic for your residential customers is nearly always the same. Unlike termites destroying the house or bed bugs altering their sleep patterns, this category of pests brings its own brand of terror: Food contamination. For your commercial customers — whether it’s at the manufacturer, distribution or retail level — it’s a PR nightmare. 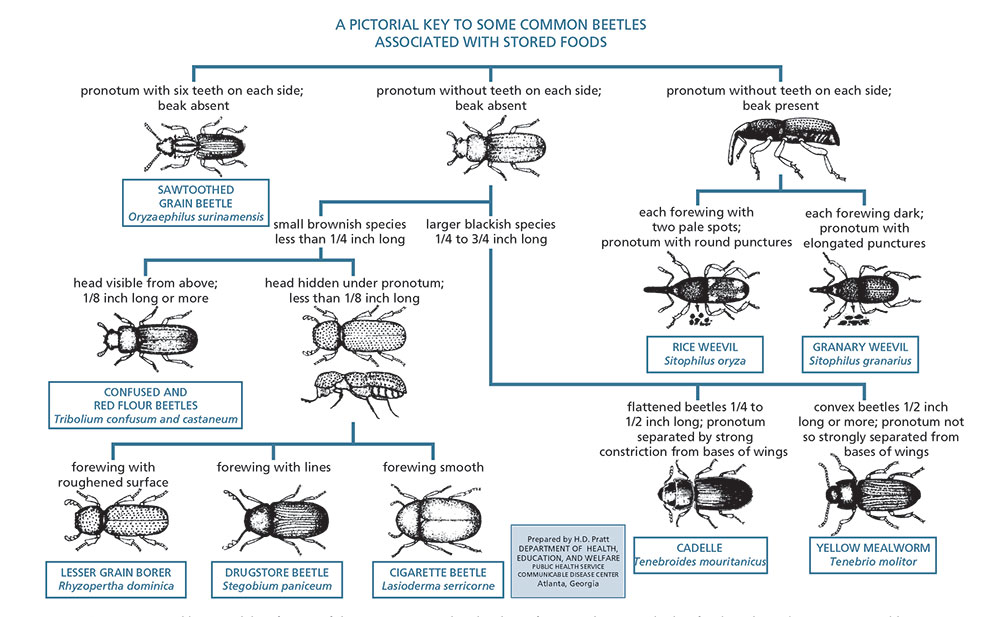 (Select the image to enlarge it.)
Figure 11.1: A pictorial key to adults of some of the more common beetles that infest stored grain and other food products.
Image: Truman‘s, Ch. 11 p. 273; U.S. Public Health Service, Communicable Disease Center, Atlanta 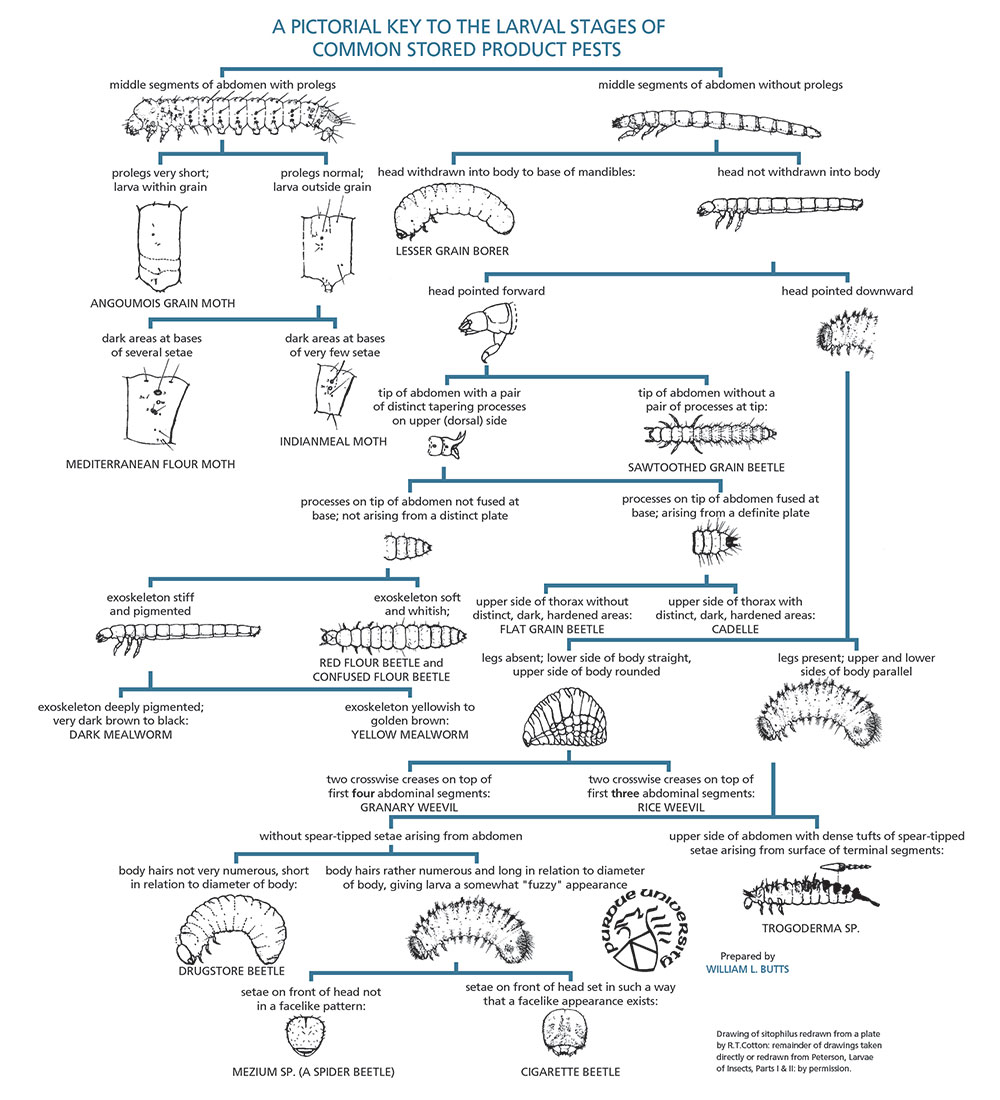 (Select the image to enlarge it.)
Figure 11.2: A pictorial key to the larval stages of some of the more common insect pests of stored grain and other food products.
Image: Truman‘s, Ch. 11 p. 274 (Art: North Coast Media)

Control measures can include, as appropriate:

[Web Exclusive: Learn how a study found that waxworms (Indianmeal moth larvae) have the ability to digest plastic, and how Australian researchers are developing sensors to detect Khapra beetles infesting bulk food product in railcars.]