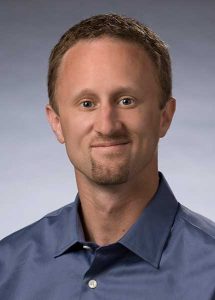 BedBugTV, hosted by BedBug Central’s Director of Innovation and Technical Content Jeff White, has released three new videos highlighting mattress encasements as well as how to inspect nightstands and chairs for bed bugs.

BedBugTV, which launched in 2008, is an online video series featuring hot topics and viewer-submitted questions on bed bugs. Since its launch, BedBugTV has had more than 3 million views ranging from topics on bed bug basics to bed bug treatments and even DIY bed bug traps.
In the recently released episode “Building Mattress Encasements into Your Services,” White tackles the issue of mattress and box spring encasements being built into bed bug services.

“When I travel across the country talking about different products that you can use on bed bug services and which ones make a difference, I talk a lot about encasements,” White says, “because I think that encasements can have a huge impact on both efficacy and efficiency when incorporated into a bed bug protocol.”
White says box springs are one of the most common places that bed bugs hide, which are also complicated and difficult to treat.
“You can take an encasement and install it on a box spring and enclose all the bugs inside as well as locking new bugs out,” he adds. “You can also use them to salvage infested bedding and protect new bedding.” In addition to the encasement BedBugTV episode, White shows viewers how to inspect nightstands for bed bugs and how to inspect a chair for bed bugs.

- 4 tips to make success your standard