Bed bugs: A PMP’s tale of dealing with hoarding 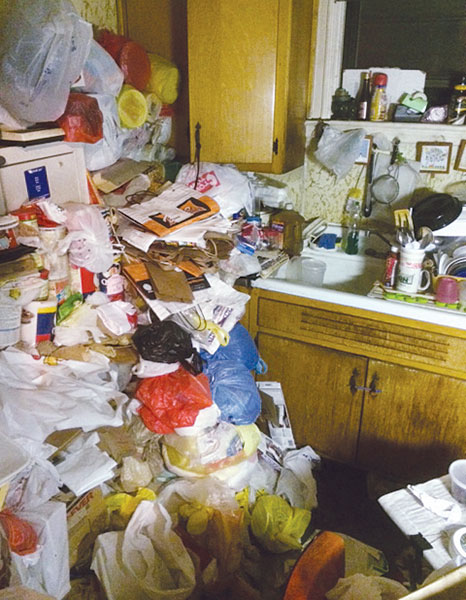 The kitchen at this elderly woman’s home was unusable.
Photo: James Molluso

In 2015, we received a call from the concerned daughter of an elderly woman who had bed bugs for years at her Brooklyn, N.Y., home. At first, it was just a regular service call. But after we spoke on the phone for about 15 minutes, I realized there was going to be the added issue of dealing with a hoarder who was 90-something years old, who for purposes of this article I’ll call Mrs. Smith.

Because of the sensitivity of the situation, I figured I should go myself to conduct the inspection. Mrs. Smith’s daughter seemed to be at her wit’s end, because several of the pest management companies she called before simply did not want to get involved with such an account.

The daughter met me on the doorstep of her mother’s house. She greeted me, opened the door and allowed me to go in — but would not go inside herself because of her fear over the amount of bed bugs. Mrs. Smith had lived at this property for most of her life. Over nine decades, you can only imagine how much stuff somebody would save — a lot!

I made my way into the living room. Looking around with my flashlight, even without lifting up a single item, I immediately spotted bed bugs on the walls and furniture. I went back outside to ask the daughter a few questions.

“I’m not sure how long it’s been going on, but it’s been a while — long enough that they are living on her,” said Mrs. Smith’s daughter. 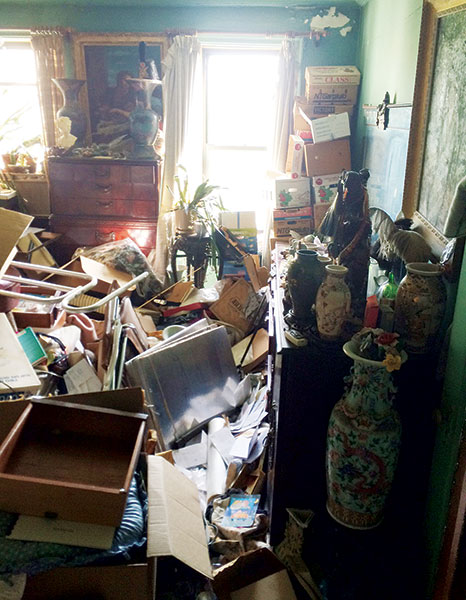 “What do you mean, living on your mother?” I asked.

She walked in and led me to her mother’s bedroom. Mrs. Smith was frail and in bed. She pulled down Mrs. Smith’s shirt to expose a recent scar from a heart surgery. Bed bugs were living on the scar tissue. I explained to the daughter that we could treat only the premises, not a person. She would need to take Mrs. Smith to a hospital, as this was now a parasitic condition.

It took a bit of hard work to initially get the home’s treatment started. We have a prep company we always recommend to certain sensitive accounts. For this account, we called their team and explained the hoarding situation. Thanks to the sheer size of the infestation, most items had to be thrown out completely — and filled six dumpsters. Because these items had bed bugs on them, they could not just be dragged out and thrown into the dumpster. The team had to insert dichlorvos (DDVP) strips into each full trash bag before it could be taken out to the dumpster. After about three weeks of work, the home finally was prepped for the job.

When we arrived for the post-prep inspection, we also noticed a severe infestation of mice and raccoons, as well as some bad termite damage. Apparently, the hoarding was covering up years of neglected pest infestations.

After multiple chemical treatments for the bed bugs, rodents, wildlife and termites, we performed a few follow-up inspections to ensure the problem was indeed eliminated.

As far as we know, this home remains pest-free today. It’s one account that I’ll remember forever.

Contributor James Molluso is a second-generation professional and president of Northeastern Exterminating, Brooklyn, N.Y. He can be reached at northeasternexterminating@gmail.com.

Contributor James Molluso is a second-generation professional and president of Northeastern Exterminating, Brooklyn, N.Y. He can be reached at northeasternexterminating@gmail.com.