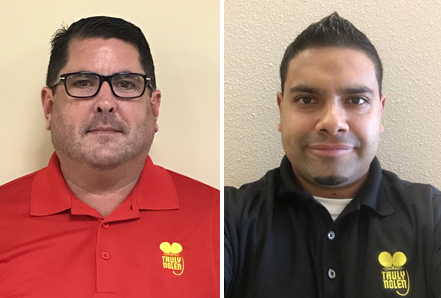 Prior to joining the company, Hicks was with Karcher North America, the world’s largest manufacturer of floor care equipment, as the regional service manager for Florida and the Caribbean. He is a graduate of Athens State College.

“Mark’s management history working in a commercial sales environment, combined with his drive for success, makes him the perfect addition to our team,” says Truly Nolen Florida Commercial District Manager Jim Pitt. “I look forward to seeing his service office’s growth over the next few years.”

“Robinson has always embraced our company’s core values, and has been a great influencer in our service offices and throughout our district,” says Southern California District Manager Lee Blair. “I am glad he is part of our team.”