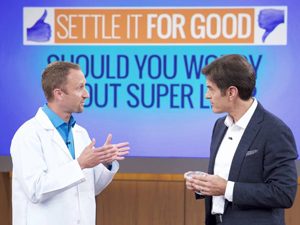 On April 10, Jeffrey White, entomologist for Lawrenceville, N.J.-based BedBug Central and Cooper Pest Solutions, will be featured as a guest on the Dr. Oz Show regarding super lice and the implications they pose to families.

When asked to be a guest on the Dr. Oz show, airing on FOX, White was enthusiastic about the chance to reach millions of people regarding the effects of super lice and the challenges they pose for families all across the country, especially with the impact lice can have in schools.

On the episode, Dr. Mehmet Oz questions White on what super lice are and their origins.

“They are the same lice that have existed for decades, but because they’ve been exposed year after year to the same pesticides they have developed a resistance to those pesticides and much more difficult to be killed,” White said.

White then went on to describe to Dr. Oz about a recent study that showed how ineffective over-the-counter products can be on the super lice.

“A recent study found that super lice, which are often resistant to over-the-counter treatments, are being found in almost all 50 states,” White said.

White added, “If a product isn’t working initially sometimes it is because parents aren’t following the label directions correctly, which is very important. Another option is to consult with your family physician for further recommendations on other products you can try. Lastly, lice combs can provide great benefits when treating lice, but proper technique is very important.”

Although White described to difficulties associated with treating super lice, he further explained that the super lice can affect more than just the children in the household who may have contracted the lice.

“As families attempt to treat super lice, it often takes days and sometimes weeks for people to realize they aren’t winning the battle,” White said. “If the louse problem persists in their home for weeks at a time, it increases the chance that adults acquire the lice from the children.”

White says he thoroughly enjoyed his time on stage with Dr. Oz and hopes that the information he provided will help parents all across the country in the fight against super lice.

“Lice affects millions of families every year, and it was a lot of fun to get the opportunity to share good, accurate facts on lice so that those who are affected can handle the situation in a knowledgeable and effective fashion,” White said.

Top 5 mistakes to avoid when building your supervisory team

Evolve YT to kick off Leadership Series courses in September