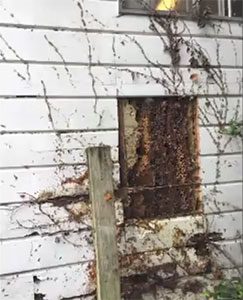 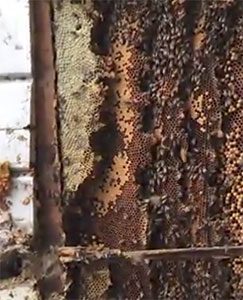 About 100,00 bees were removed from the wall of a homeowner’s garage in Bartlett, Tenn., according to WBKO News, an ABC affiliate in Bowling Green, Ky.

Tom Tompkins, the beekeeper who tended to the infestation, said the hive was so large it could have housed two to three hives.

“I went over, I kept cutting and moving the wall until I exposed about five feet of honeycomb and hive,” Tompkins told the TV station.

The homeowners said they had been patching a hole in their garage for about five years, but the bees never went away.

“Once the bees get into your house a lot of people want to kill them,” Tompkins said, “but if they’ve established a hive you have to get the hive out of the house.”