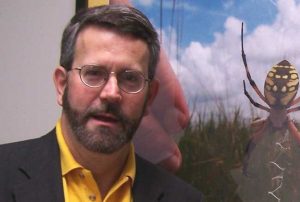 We must never forget the leathery lessons of our past, PMP Hall of Famer Dr. Jerome Goddard warned attendees of the spring conference of the United Producers, Formulators & Distributors Association (UPFDA).

“Zika is a bigger public health threat than many know, and it’s just the new kid on the block,” said Dr. Goddard, while delivering a presentation on mosquito-borne diseases and viruses at UPFDA’s April 25-27 spring conference at the Gaylord Texan Resort in Grapevine, Texas.

Dr. Goddard drove home his point while showing attendees a photo of himself at a cemetery: “The graves I stand by mark the untimely deaths of a mom and dad, and their eight children. Only one of the eight children lived beyond 18 years. Many of the children died within days of one another. Given the cemetery’s location, and the dates on the graves, yellow fever — just one of many nasty mosquito-borne diseases and viruses — may have played a part.”

The U.S. government recently approved $1.1 billion to help fight Zika — for vaccine development, diagnostic kits, lab tests, research grants, emergency response teams and contracted mosquito control — but a lot of the money is to pay for already-committed mosquito-management efforts in Florida and Puerto Rico. The states are trying to get another $800 million to fight Zika. Dr. Goddard said he hopes, and prays, they get all that and then some.

“Eight out of 10 people infected with the Zika virus show no signs,” noted Dr. Goddard, an extension professor of medical and veterinary entomology at Mississippi State University. “We pay a lot of time and attention to the 20 percent showing signs — as we should — but what about the 80 percent who are Zika virus carriers and are flying under the radar?”

Editorial Directtor Marty Whitford can be reached at mwhitford@northcoastmedia.net or 216-706-3766.