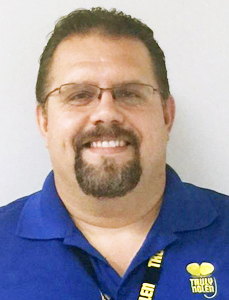 Baker joined Truly Nolen in December 2016 as a manager-in-training. Prior to joining the company, he was with Ecolab Pest Elimination as the district manager for New England and Miami for 10 years, and has more than 20 years of pest management experience in his career. Baker is a graduate of the U.S. Army Military Police Academy, and served four years as a military police officer.

“I am most excited about seeing my team rise through the ranks of our company and become successful,” says Baker. “I have a feeling of family working here.”

“Ed’s two decades of pest control industry experience in service, sales, and management make him the perfect addition to our team,” says Florida Commercial District Manager Jim Pitt. “He was already assisting his teammates as an MIT, and I look forward to his continued success.”