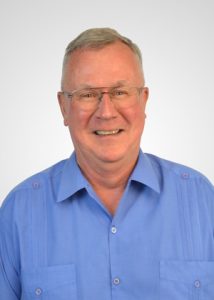 Dr. Stanton Cope Jr. has joined AP&G as the Bayonne, N.J.-based manufacturer’s first VP of products and technical services. The role was created to gear up for AP&G’s rollout of new mosquito management products.

Dr. Cope holds a master’s degree in entomology and a doctorate in public health. In his new role, he is leading AP&G’s R&D and field-testing of mosquito related products. This includes the new Catchmaster Ovi-Catch, an Autocidal Gravid Oviposition (AGO) mosquito trap and monitor developed and tested by the U.S. Centers for Disease Control and Prevention (CDC). Additionally, Dr. Cope will advise on all matters related to best practices, product training, regulatory matters, and other technical issues across AP&G’s continually growing range of rodent and insect pest management products.

“AP&G entered the mosquito market by developing an adhesive formulation for mosquito applications, which the CDC began using in its AGO trap field-tests,” says Jonathan Frisch, AP&G’s VP of global sales and marketing. “When we decided to launch the Catchmaster Ovi-Catch, we were searching for a mosquito expert to help guide us in the right direction — but to add someone of Stan’s caliber to our team is truly a privilege. His world-class knowledge and proficiency in this field are incredible, and we’re thrilled to have him join the AP&G family.”

Dr. Cope served in the U.S. Navy as a medical entomologist for more than 23 years, retiring in 2012 with the rank of Captain. During his tenure, Dr. Cope served as director of the U.S. Armed Forces Pest Management Board, where he was responsible for all aspects of mosquito control and pest management for the U.S. Department of Defense. In 2014, he was elected VP of the American Mosquito Control Association (AMCA). Dr. Cope served as AMCA president in 2016, and currently serves as past president. He is also the former director of entomology and regulatory services for Terminix International.