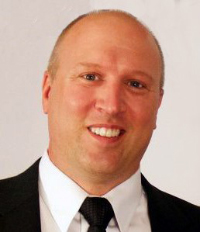 Neogen Corp. has named John Adent as CEO, effective immediately. James Herbert, the company’s founder and former CEO, will remain as executive chairman and work closely with Adent in the transition of responsibilities.

“I’m excited to have John accept the leadership position at our company. He has a strong background in many of our business activities both domestically and internationally,” says Herbert. “Until recently, he served as CEO of Animal Health International, an animal health distributor and a significant Neogen customer.”

Adent has built his career inside of two companies — 13 years with each. He began his career with management responsibilities for Purina, developing animal feed manufacturing and sales in China and the Philippines. When Purina spun off that business to Agribrands, Adent continued his management role in the European division in Spain and Hungary, serving as managing director of the Hungarian operations after it was acquired by Cargill.

Adent left that organization in 2004 to assume the CEO responsibilities for Animal Health International (AHI), at the time a small private company. Under his leadership, AHI more than quadrupled revenues over the following decade through a series of acquisitions and joint ventures. AHI was acquired by the Patterson Companies in 2015 and Adent continued to serve as CEO of the $3.3 billion animal health division until his recent resignation.

“John’s knowledge of our Animal Safety business will be an immediate asset to its continued growth,” says Herbert. “Because of the synergy between each of our businesses and our outstanding management teams, I expect John will quickly become engaged in our Food Safety business. I will continue to help provide direction for our research and corporate development activities.”

Adent grew up on a commercial fruit farm in southwest Michigan where his family is still actively involved. Adent and his family have already moved to the Lansing, Mich., area, where Neogen is headquartered.

Use IGR treatments to protect against SPP