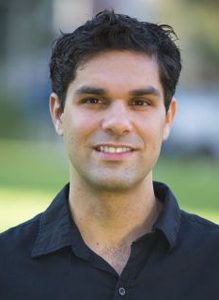 A University of California, Riverside scientist is leading a team of researchers that will receive up to $14.9 million from the U.S. Defense Advanced Research Projects Agency (DARPA) to be part of the “Safe Genes” program to study innovative genetic techniques to control disease-causing mosquitoes.

With the contract, believed to be the largest ever received by a UC-Riverside researcher, Dr. Omar Akbari, an assistant professor of entomology, and his team will focus on a technique known as “gene drive.” It has the potential to spread desirable genes in wild populations and suppress harmful organisms.

“Our primary goal is to safely test and innovate these technologies strictly in the laboratory,” says Dr. Akbari, who led the collaboration of six UC campuses. “We hope our efforts will broaden our fundamental understanding of the potency of gene drives, to help better understand how they may behave in the natural environment if ever released.”

The researchers want to understand the potential risks and benefits of using gene drives to control mosquitoes that carry diseases including Zika, chikungunya, dengue and yellow fever. Gene drives have ever-greater promise because the recently discovered CRISPR/Cas9 gene editing technique has the potential to create, streamline and improve the development of gene drives.

Insects that carry disease represent one of the greatest worldwide threats to human health, with billions of people at risk of infection. Last year, more than 700 million people were infected with malaria or dengue fever, resulting in 440,000 deaths.