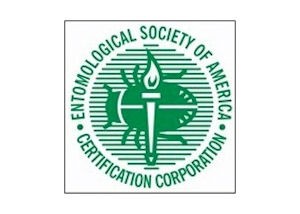 The public health community will soon be better equipped to respond to outbreaks of diseases spread by mosquitoes and other arthropod vectors, thanks to a contract awarded to the Entomological Society of America (ESA) Certification Corp. by the U.S. Centers for Disease Control and Prevention (CDC).

Over the course of the next year, the ESA Certification Corp. will train and certify approximately 30 entomologists to participate as entomological specialists on CDC Emergency Response Teams. Adding such expertise to the rapid-response groups will fill a critical void in the CDC’s capacity to guide vector control, an essential component of disease management.

For nearly 50 years, the Board Certified Entomologist (BCE) program has provided a way for professional entomologists to distinguish their expertise in one of six specialty areas. For its contract with the CDC, the ESA Certification Corp. will leverage the existing framework of the BCE program to increase the number of BCEs specializing in medical and veterinary (MV) entomology, and they would then stand ready to be called on to serve on the CDC Emergency Response Teams (CERTs).

Two groups of experts in entomology will convene to review and update the BCE Core Exam and the MV Specialty Exam, bringing their content in line with the latest in research and practice in the field. The ESA Certification Corp. will also develop a curriculum of self-study, webinar and in-person training for candidates who enter the program. The certification exams will be conducted on the final day of the in-person workshop, which will take place in summer 2018 at a location to be determined.

“The work to be done as part of this contract will ensure that the BCE program remains as the premier program and continues to serve as the benchmark for entomologists worldwide, and it will fill a vital need for CDC CERT teams,” says Dr. Siddiqi. “ESA looks forward to working with the CDC on this initiative.”

The CDC created its Emergency Response Teams after lessons learned in the battle against Ebola in 2014, and the emergence of the Zika virus in 2016 highlighted the need for expertise in entomology when responding to outbreaks of vector-borne diseases. Other illnesses spread by arthropods include yellow fever, West Nile virus, malaria, chikungunya, and Lyme disease. The entomological profession is committed to reducing the impact of vector-borne diseases, among the three initiatives being pursued under the Grand Challenge Agenda for Entomology. Growth of the BCE medical and veterinary entomology pool will be a key step toward that goal.