The only thing more amazing than Dr. John Klotz’s contributions to the industry’s knowledge and understanding of ant management is his near-miraculous journey back recovering from a traumatic brain injury. 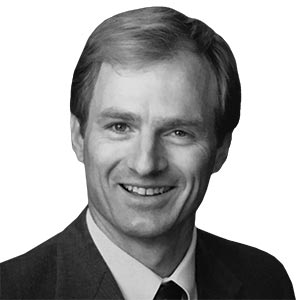 Dr. John Klotz’s interest in ants and other insects took hold as a youngster living on a farm in rural Kansas — “collecting insects, and exploring the woods and creeks,” as he tells Pest Management Professional.

After a stint in the U.S. Navy, Dr. Klotz, 71, went for his undergraduate degree in biology, graduating in 1976 from Rockhurst College, Kansas City, Mo. Dr. Klotz then decided to focus on his love of insects, earning master’s and doctoral degrees in entomology from the University of Kansas.

After three years teaching middle school in Kansas, Dr. Klotz longed for a life near the ocean. He headed to California, and in 1988, in short order, he “got a job at Lloyd Pest Control, fell in love with my wife, Jenny, and had the good fortune to work with Herb Field, who taught me all about pest management and became a good friend.”

In 1990, the same year he got married, Dr. Klotz relocated to Indiana and joined Purdue University’s Center for Urban and Industrial and Pest Management.

“The best thing I can say about John Klotz is that he is a true gentleman. He is also an outstanding scholar, specializing in ant biology, behavior, ecology and management,” reports Dr. Gary Bennett, a fellow PMP Hall of Famer (Class of 2006), Dr. Klotz’s supervisor during his tenure at Purdue, and a close friend. At Purdue, he also collaborated with Dr. Byron Reid and fellow PMP Hall of Famer Dr. Bobby Corrigan (Class of 2008).

In 1993, Dr. Klotz joined the U.S. Dept. of Agriculture’s Agricultural Research Service (USDA-ARS) Medical and Veterinary Entomology Research Laboratory (MVERL) in Gainesville, Fla. Dr. Nancy Hinkle, a frequent collaborator, met him there while she was a student at the University of Florida.

“It has been my honor to be associated with him, initially in Florida, and later when we were both on the faculty of the University of California, Riverside,” she tells PMP. “Having already worked in pest control and coming from a postdoctoral position at Purdue University, Dr. Klotz possessed extensive knowledge and experience in urban pest management, and joined a thriving ant research group in Gainesville.” 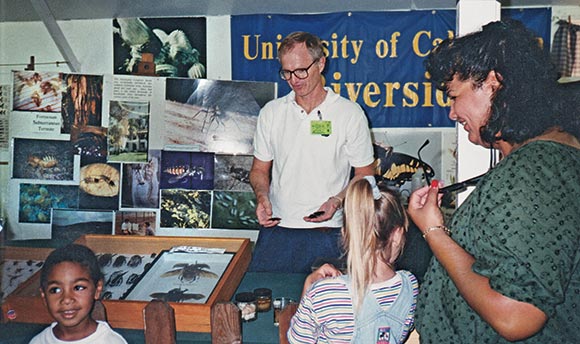 As an extension entomologist, Dr. Klotz did a lot of outreach to the next generation.
Photos: Courtesy of John and Jenny Klotz

From 1996 until his retirement and relocation to Sedona, Ariz., in 2009, Dr. Klotz was a research and extension entomologist at UC-Riverside. It was also during this period that Dr. Klotz was the co-author of three books: Carpenter Ants of the United States and Canada (co-written by Dr. Laurel Hansen), Urban Ants of North America and Europe (co-written by Drs. Hansen, Reiner Pospischil and Mike Rust), and Urban Pest Management of Ants of California (co-written by Drs. Hansen, Rust and Oi, and Ken Kupfer and Herb Field).

“I always kidded John that this trilogy was almost as popular as ‘Star Wars,’” teases fellow PMP Hall of Famer Dr. Rust (Class of 2007), who also worked with Dr. Klotz at UC-Riverside.

Dr. Bennett agrees, noting these books in particular “are invaluable to both academics and practitioners — and the medical community, with chapters on ant stings. There is a wealth of information on the value of this largest group of animals on the face of the earth, and how many ant species have adapted to the structures of man.”

Dr. Hinkle teases that Dr. Klotz might be an ant pied piper of sorts: “Interestingly, a couple of years after he moved to the University of California, red imported fire ants (Solenopsis invicta) were first found invading southern California. This was shortly after John had made a trip back to the Southeast. Coincidence? I then razzed John mercilessly about ensuring his job security at UCR.” 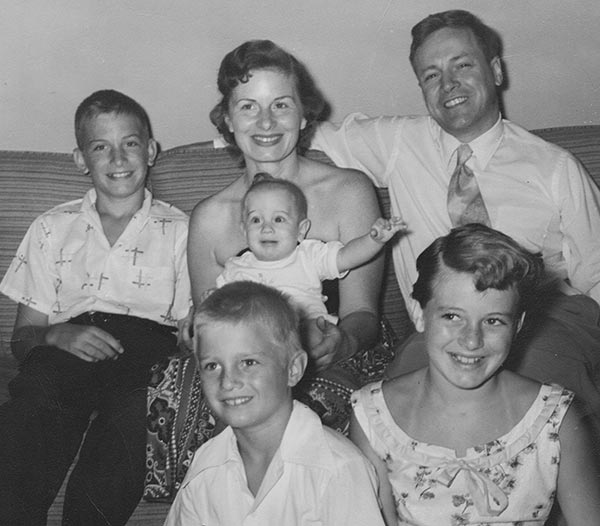 Dr. Klotz notes that he did do some research on fire ants — with the expertise of Dr. Les Greenberg, a University of Kansas classmate and a UC-Riverside colleague.

In addition to his work on insect research, teaching and extension, Dr. Klotz organized UC-Riverside’s annual urban pest management conference from 1997 to 2009.

“John was an outstanding researcher and colleague and made a number of important contributions to the program,” says Dr. Rust. “But one of his biggest accomplishments was the modernization of our annual conference, increasing its attendance and participation by the industry. This conference has now become a major extension event in California.”

Throughout his career, Dr. Klotz kept up with industry pest professionals at conferences and meetings. Dr. Gerry Wegner, who recently retired from Varment Guard in Columbus, recalls how he and Dr. Klotz “used to discuss ant baiting strategies back in the 1990s. John helped pioneer boric acid percentage rates in liquid baits for ants, including carpenter ants, so that the rate of active ingredient would not be too high.”

After retirement, Dr. Klotz still kept a hand in research. In 2010, he worked with his medical professor brother, Dr. Stephen Klotz, as well as Drs. Jack Pinnas, Justin Schmidt and Mark Mosbacher, on investigating anaphylactic and other reactions to kissing bugs. 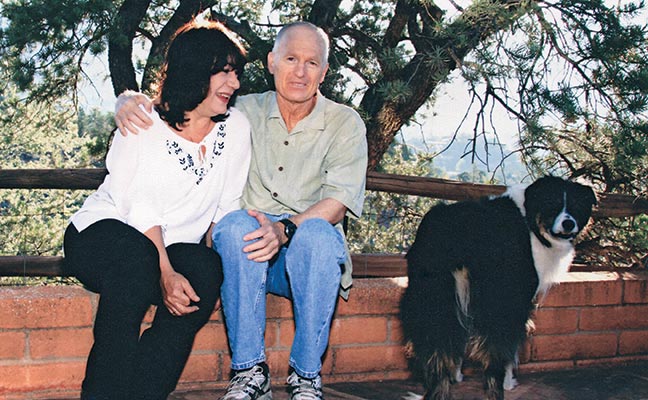 The Klotzes and their beloved dogs in Sedona, Ariz.
Photos: Courtesy of John and Jenny Klotz

An avid swimmer, Klotz often logged 2,500 yards a day at his local gym. But in 2011, he went into sudden-death cardiac arrest in the pool. Thankfully, he was given CPR on the spot by fellow swimmers, but Dr. Klotz remained in a coma for eight days with chemical pneumonia and anoxia. He has no memory of any of it.

“Suffering from a traumatic brain injury took me back to square one, and gave me a new perspective on the struggles of others to overcome their handicaps,” Dr. Klotz told PMP. “Through it all, my wife Jenny has never wavered with her support, and I owe my life to her.”

“It was good to see him doing so well,” says frequent collaborator and fellow PMP Hall of Famer (Class of 2015) Dr. Laurel Hansen. “It’s a miracle that he is still alive.”

Today, the Klotzes focus on his daily progress in recovery. Dr. Klotz was thrilled, humbled and honored to learn of his PMP Hall of Fame induction status: “The pest control industry has provided me the opportunity to contribute in a small way to its success.”