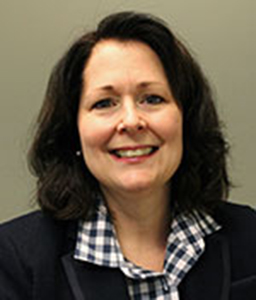 Karen Reardon, vice president of public affairs for RISE (Responsible Industry for a Sound Environment), received one of CropLife America’s (CLA’s) highest honors for her successful effort to defend against the ban of pesticide use on private property in Montgomery County, Maryland.

The award was given to Reardon on Sept. 25, 2017, during the CLA annual meeting held in Dana Point, Calif. CLA, a sister association to RISE, is the national trade association for manufacturers, formulators and distributors of pesticides used in agriculture, food and fiber.

CLA President & CEO Jay Vroom presented Reardon with the Chairman’s Award, which recognizes individuals within the CLA/RISE staff for exceptional service to member companies, the industry and the association.

In presenting the award, Vroom said, “Karen has shown exceptional dedication to her position and leadership within the entire pesticide industry, ag and non-ag alike. She led our entire industry’s successful effort to defend against the ban of pesticide use on private property in Montgomery County, Maryland. Karen’s leadership of this multi-year effort resulted in one of the strongest legal rulings on behalf of this industry’s most important issue – defense of preemption. This effort has and continues to be exceptional service to member companies, the industry and the association. “

Reardon began working with RISE in 2006 and prior to that was with CLA for 10 years.

Located in Washington, D.C., RISE is the national trade association representing manufacturers, formulators, distributors and other industry leaders engaged with specialty pesticides and fertilizers used by consumers and professionals.