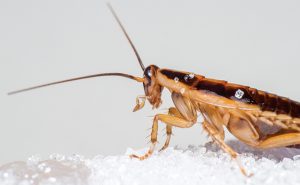 In the 2017 Cockroach Management Supplement of our September issue, we included “war stories” from pest management professionals describing their worst encounters with this pests.

In our Sept. 25 post, we shared two more stories. But just like Blatella germanica, there’s always more where that came from. Enjoy!

We end our cockroach coverage (for now) with a business tip to grow on:

Do you have insights to share on this lucrative market segment, too? Please comment below or send us an email at pmpeditor@northcoastmedia.net.