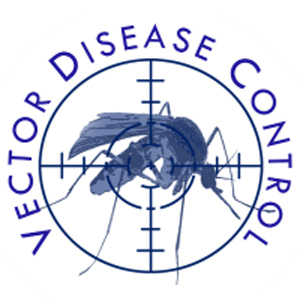 Paul Giannamore of The Potomac Co. represented and acted as VDCI’s exclusive financial advisor. Terms were not disclosed, but with VDCI’s 160+ full-time and 350 seasonal employees, this marks Rentokil’s largest North American acquisition since Steritech, according to Giannamore.

Headquartered in Little Rock, Ark., VDCI operates 52 offices in 32 states. Annual revenue for the 12 months prior to acquisition were approximately $47 million.

VDCI provides a full range of vector control services, including weekly monitoring of mosquito levels, species identification and disease testing (using its in-house laboratory) and control of both adult and larval mosquitoes from the ground and using aircraft. In line with this acquisition, Rentokil is establishing a new global center of excellence for mosquito control, which will be based in North America.

“The acquisition of VDCI makes Rentokil the undisputed global leader in the fight against mosquito-borne illness, as well as the management of invasive species in lakes and bodies of water,” Giannamore tells PMP Magazine. “This acquisition will make it very difficult for others to compete against Rentokil in this space.”

VDCI’s SOLitude Lake Management division provides services to control invasive aquatic vegetation and algae in lakes and ponds owned by municipal, state and federal government agencies, as well as private entities such as lake associations, golf courses, corporations and private homeowner associations. The new route-based service line for Rentokil North America will include chemical treatments, mechanical vegetation removal, aeration and fountain management. The division is considered to be the largest of its type in North America, according to Rentokil Initial’s Nov. 13 press release.

“The growing threat to public health from mosquitoes makes vector control an important and growing part of the overall pest control market,” says Andy Ransom, CEO of Rentokil Initial. “Factors such as climate change and increased travel are leading to more vector-borne disease outbreaks than ever before.

“We are now positioned strongly in two attractive markets that are characterized by good growth, high technical skill level and strong regulatory requirements — attributes that play well to Rentokil Initial’s traditional strengths and expertise,” she continues. “This is another important step toward our ambition to create a business in North America with revenues of approximately $1.5 billion and margins of approximately 18 percent by the end of 2020.”