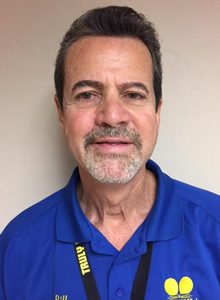 Truly Nolen Pest Control, based in Tucson, Ariz., has promoted Bill Wilcox to sales trainer for its western commercial division. He will continue to be based in the company’s Tempe, Ariz., commercial service office. The division encompasses all of Arizona; Las Vegas, Nev.; Midvale and Ogden, Utah; and San Diego, Calif.

Wilcox joined the company in 2014 and was most recently a sales trainer for the Tempe Commercial service office. Prior to joining Truly Nolen, he was a territory manager for National Fleet Management of Charlotte, N.C., where he introduced and sold maintenance and repair services for trucking fleets.

“In my new role, I will be able to work with all commercial sales inspectors in their own territory and service offices,” Wilcox says. “I believe that will help me to have a greater impact not only on each particular person, but the company itself.”

“Bill has been a dynamite team player and tremendous asset as a sales trainer for Tempe since he arrived three years ago,” says Mike Tanner, Truly Nolen’s western commercial division district manager. “I know he will excel in his new role and I look forward to working with him as we take our department to the next level.”