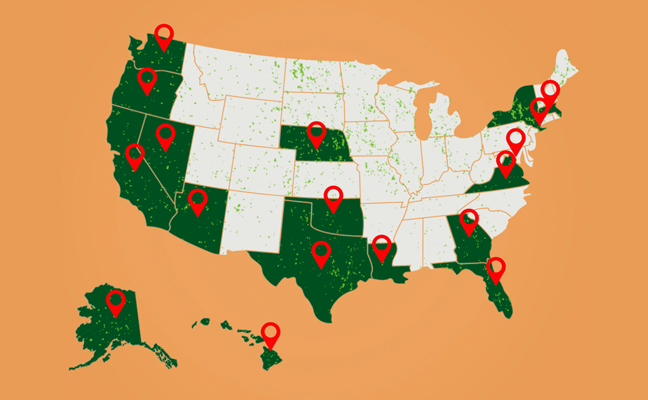 Terminix has named its pest of 2017: bed bugs. The pest of the year was determined by the Memphis, Tenn.-based company based on its research of the highest per capita online search volume of any pest this year. Americans searched for information about bed bugs more than 7.3 million times during 2017. This announcement is accompanied by the release of Terminix’s first edition of the Entomologists’ Almanac, which also features the top pests mentioned in social media posts and the 17 pest-iest states of 2017.

The almanac details internet search and social media data for 52 common pests, from ants to weevils, to determine which pests Americans had a bug for this year. Bed bugs were followed by scorpions, spiders and silverfish at the top of the list, demonstrating their massive infestation of Americans’ collective curiosity. 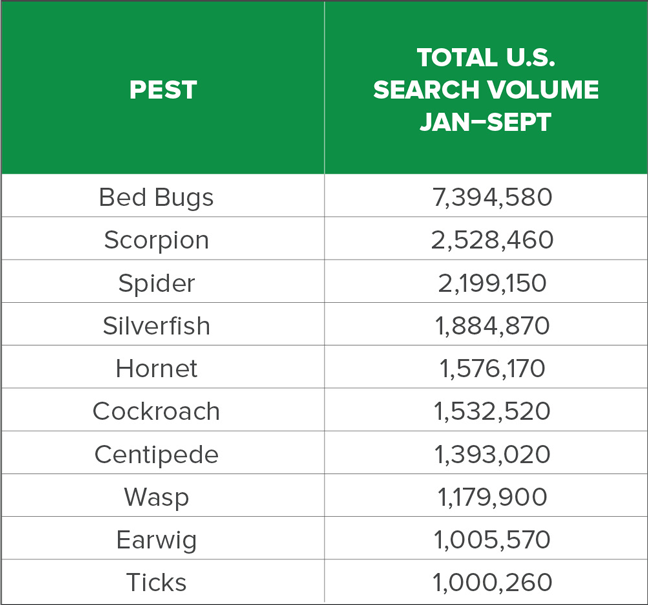 “At Terminix, we have seen a steady increase in bed bug infestations since the 1990s, so we are not surprised bed bugs are the most-searched pest of 2017,” says Paul Curtis, director, technical services at Terminix. “We are excited to release the first Entomologists’ Almanac because this data shows something we see every day at Terminix: People are searching for information about pests online.”

Terminix also dug into social media data to see which states have people buzzing, or tweeting, about common pests. Virginians outnumbered every other state in the country in social media posts about mosquitoes, while Idahoans post more about bed bugs than any other state in the union. And arachnophobes may want to avoid Washington state’s social media, as it leads the country in social posts about spiders. (Note: Terminix determined social statistics using social listening software to determine the total number of posts on Facebook, Instagram and Twitter that include reference to one or more of 52 pests and variations of those terms on a per-capita basis. Incidental references to pop culture figures, such as “Mickey Mouse,” have been removed for data set integrity.) 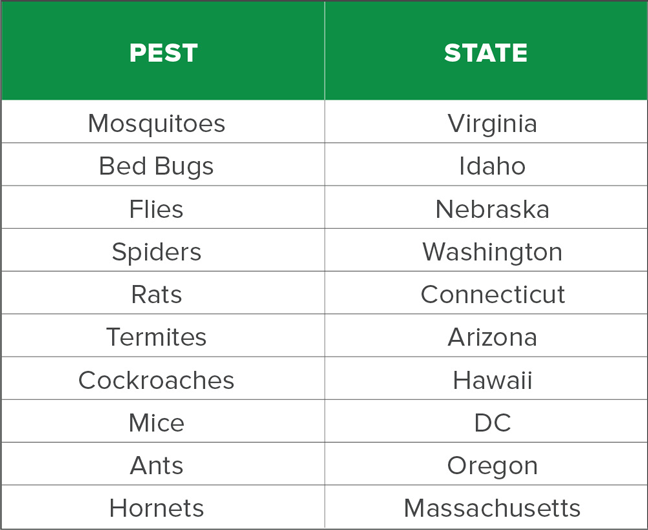 The Entomologists’ Almanac also named the top 17 pest-iest states of 2017, determined by analyzing per capita social media chatter about common pests in all 50 states. Among millions of posts analyzed, the highest rates of pest posts were concentrated in the District of Columbia, Texas and New York —but even states with cooler climates, such as Alaska, made their voices heard about pests that creep, buzz and crawl. 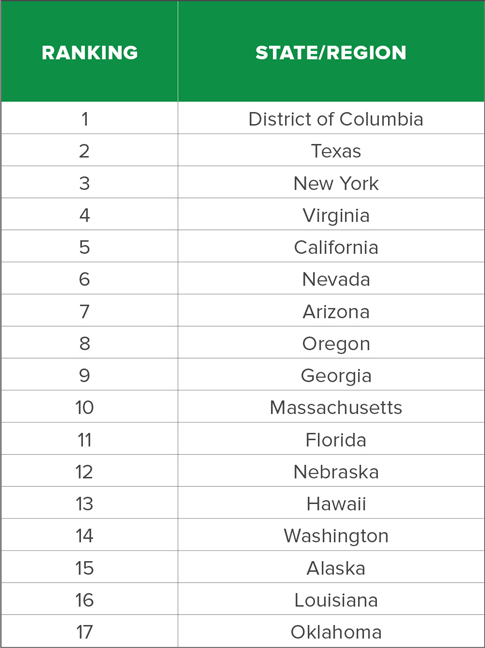