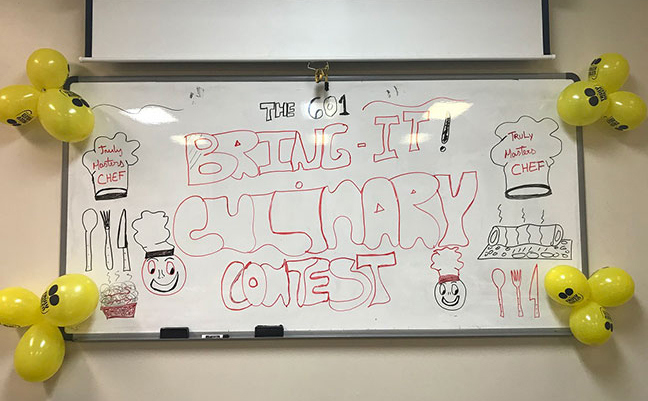 The training room was ready to get cooking. Photo provided by Truly Nolen 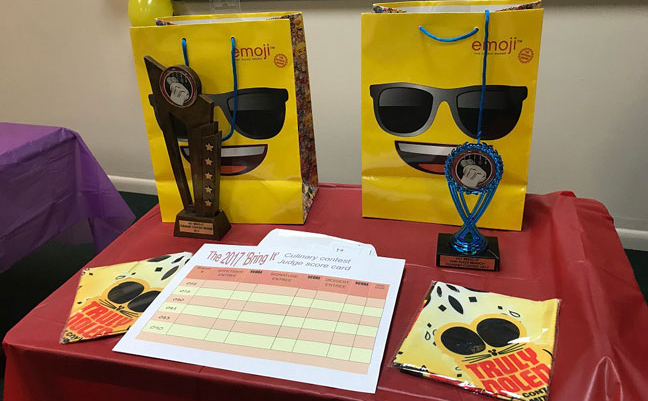 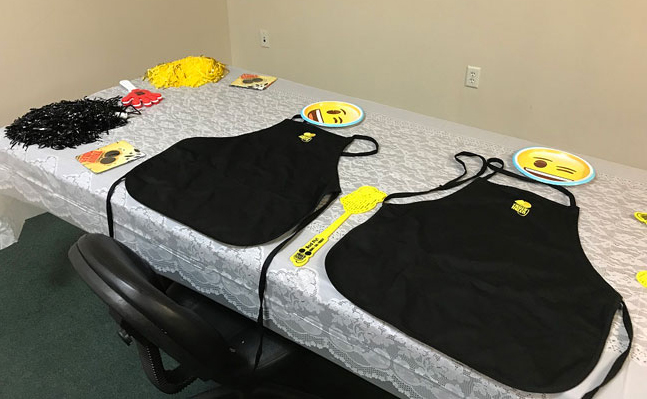 The event was planned right down to aprons for the winners, too. Photo provided by Truly Nolen 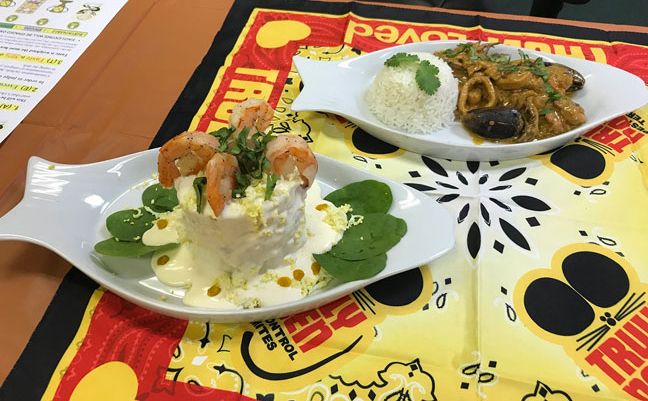 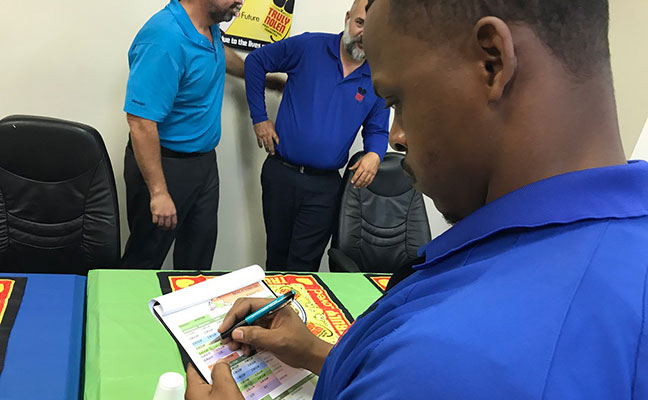 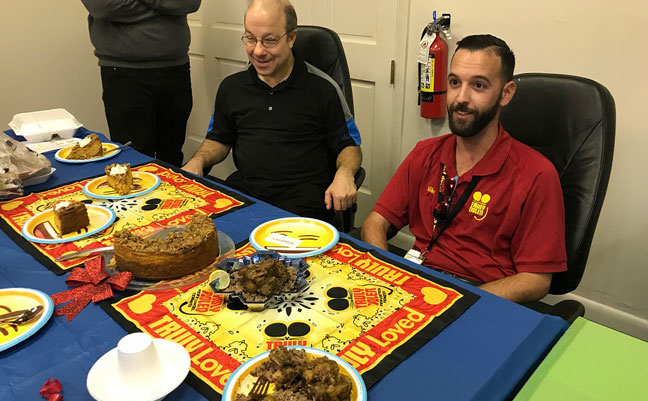 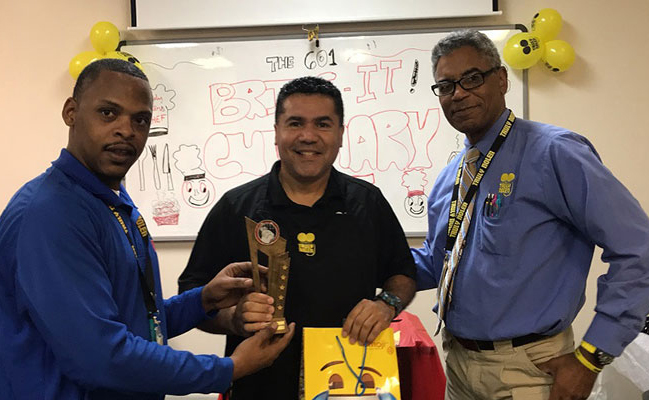 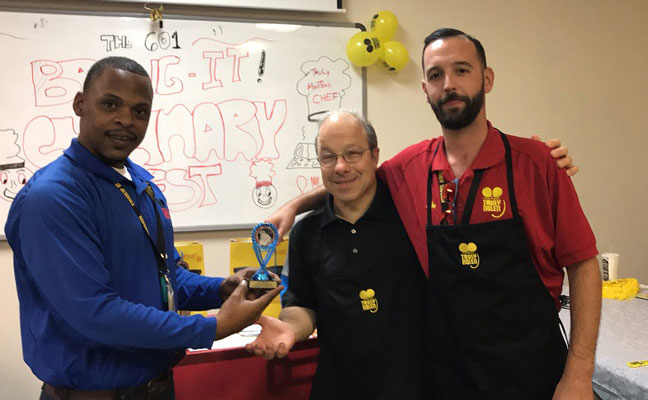 On Dec. 14, a project six weeks in the making came together for the South Florida District of Truly Nolen Pest Control when six of our service offices staged the first-ever “Bring-It” Culinary Contest. Team members from West Broward, Key Largo, Central Miami, South Miami, North Miami, and Pompano Beach competed at the Central Miami service office to determine who had supreme cooking skills.

The contest was the brainchild of longtime South Florida District Quality Assurance Manager Maurice Brown, who was looking to do something unique for the holidays. He created a format where each service office would be able to create one signature dish, plus an appetizer or dessert. He also convinced Trey Aldridge, a team member and certified chef, to be the contest’s inaugural judge. This move gave the contest instant credibility among the company’s South Florida team members, which in turn led to the following eclectic range of entries:

After some fierce judging by Chef Trey, along with tastings by the team members in attendance, winners were selected. First place went to South Miami’s Louis Solano, who slayed with his amazing Peruvian cuisine. Second place went to Key Largo, with Michael Pazos’ tasty Oxtail as well as Brad Kunkel’s delicious dessert.

Brown said he was blown away by the quality and depth of the contest entries, and hopes to make this first-ever contest a recurring team building activity in South Florida — and potentially throughout the company’s districts. Of course, Chef Trey may drop the gauntlet next year by abdicating his judging role so he can enter something himself!

Note: Can be eaten with white rice and dip fried-half potatoes.

Crust: Toss crust ingredients together; press firmly and evenly over bottom and up side of lightly buttered 9-inch springform pan. Chill.

Filling: Beat cream cheese until very smooth with electric mixer. Gradually add sugars, beating until well mixed. Beat in eggs, one at a time. Beat in pumpkin, spices, and 0.25 cup heavy cream. Pour into prepared pan. Bake in preheated 325 degree oven for one hour and 40 minutes.

Topping: Prepare while baking the filling. Combine margarine with sugar, mixing until crumbly. Blend in nuts.
At the end of baking time, remove cake from oven and sprinkle with topping; bake an additional 10 minutes. Cool cake, then refrigerate several hours or overnight. Garnish with whipped cream.

- Massey donates over 100K through ‘Tis the Season program
This article is tagged with Brown, contest, Florida, Nolen, Truly and posted in featured, Pest Talk