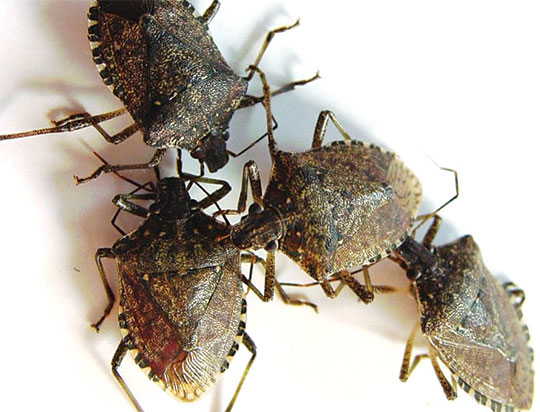 The brown marmorated stink bug (Halyomorpha halys) enters homes and other buildings in the fall for a quiet place to spend the winter. The New Yorker published a feature story about this overwintering pest in its March 12 issue, telling a story of a couple dealing with a massive stink bug invasion, and asking the question: “Will we ever be able to get rid of them?”

The magazine found this story particularly newsworthy because the number of stink bugs in the home had reached 26 thousand.

“Invasive species may start off making headlines, but often level off in a few years,” said Mark Sheperdigian, BCE, in a column for Pest Management Professional (PMP). “The brown marmorated stink bug is an invasive species that can upset customers and frustrate technicians.”

According to the National Pest Management Association’s (NPMA’s) fall 2017 “Bug Barometer,” areas in the Northeast United States with consistent rainfall and warmth allowed stink bugs to flourish. The association expected a higher number of these insects would move indoors in the fall.

The New Yorker presents an accurate, in-depth article about the invasive species, detailing the insect’s history and exploring its future.

Giant hornets: See something, say something