This year is a milestone year for Chris Fitzgerald, co-owner of Critter Getter Pest Control in Mesa, Ariz. Not only is it his 20th wedding anniversary (since it’s this month, Chris, consider this article your friendly reminder), but it’s his company’s 20th, too.

Fitzgerald started in the industry in 1994, as a summer job with his brother, who later left to pursue a teaching degree. When the small company was sold in 1998, he decided to strike out on his own — and Critter Getter was born.

“Our first office was a bedroom out of our home. I set up the room like an office, and had a separate phone line installed. That worked for a while,” he recalls. “Then we outgrew that space and purchased a home. We converted the whole home to an office space. It had a huge back yard where I parked our service trucks and had storage sheds to store stuff.”
After about seven years, the county zoning commission deemed the neighborhood as residential, and Critter Getter had to move on.

“Our current office is a leased commercial building on a main street, with signage and a storage lot behind the building,” Fitzgerald says, noting there are also a few storage sheds and space to park the trucks. “We are planning on purchasing our own commercial property in the near future, and having a permanent location to call Critter Getter headquarters.”

The company is marking its anniversary with a monthly giveaway drawing for customers. In the fall, they are planning an outdoor bash for customers and employees alike: “We’re going to have some shirts, hats and raffle prizes,” Fitzgerald says. “There will be a bounce house for the kids, and a big shredder truck to destroy documents for our clients as a special service to them. We’ll also cook up some burgers and hot dogs with sodas and chips. 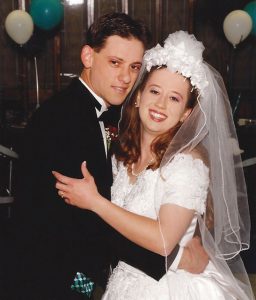 It all started in 1998, when Chris and Susan Fitzgerald embarked on a new adventure — in life and in work. Susan is co-owner and office manager of Critter Getter. Photo provided by Critter Getter 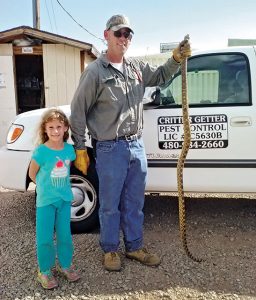 Daughter Gracie, 8, might give her brother a run for his money when it comes to taking over Critter Getter one day. She’s already interested in learning about snakes and other wildlife, her dad says. Photo provided by Critter Getter 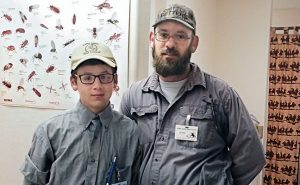 If all goes as planned, son Ashton, 14, will be taking over in the next 15 to 20 years. Here, he’s in uniform with his dad, right down to the ID badge. Photo provided by Critter Getter 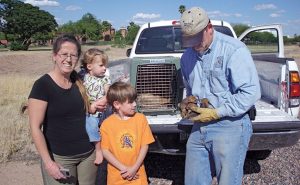 The Fitzgerald kids have grown up around wildlife, as this 2011 family photo with rescued coyote pups proves. Susan prefers to stay on the business side of things, but “she did hold a snake once,” Chris says. Photo provided by Critter Getter 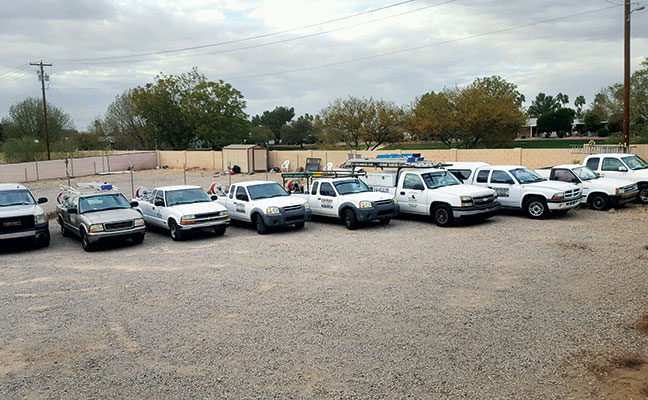 “We are very proud and excited that we have made it 20 years, and we are looking forward to the next 20 years,” he concludes.