Terminix has released its ranking of the 25 most termite-infested U.S. cities, and revealed that residents of Houston reported the most cases of termite infestations in 2017, followed by Los Angeles. Mobile, Ala., again ranked high on the list.

“Now that spring has arrived, we often see an increase not only in temperatures but also in pest-related activity, especially with termites,” said Joe Magyar, regional training manager for Terminix.

The list was created by compiling termite-specific service data from more than 300 Terminix branches across the country. The rankings represent branch service areas with the highest volume of termite services throughout 2017. The Memphis, Tenn.-based nationwide firm’s list is as follows: 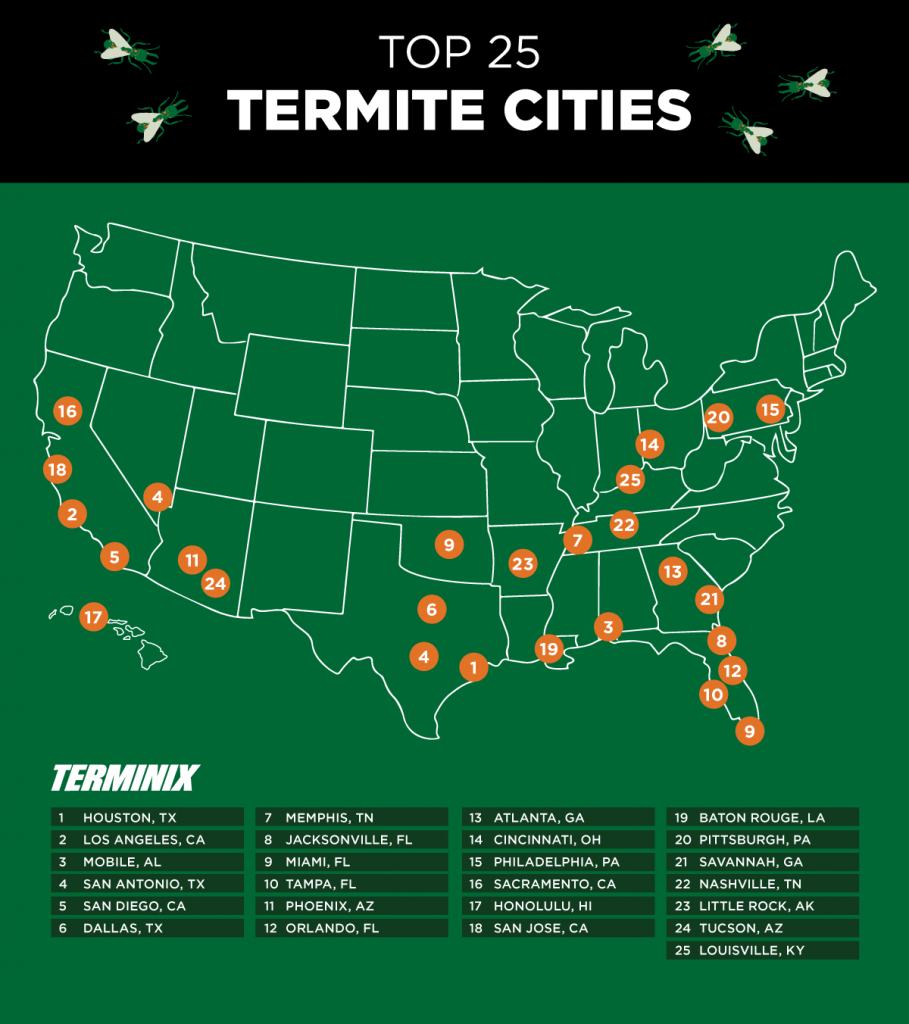