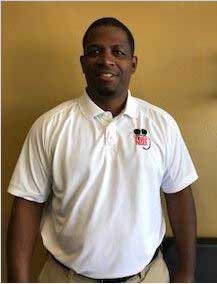 Hooker joined Truly Nolen in August 2016 and was most recently in the company’s Manager-In-Training program. Prior to joining the company, he spent eight years managing valet and self-parking operations at several of San Diego, Calif.’s largest hotels. He is a University of California at Santa Barbara graduate.

“I am excited to join an awesome team, in addition to being part of a fiery and fun peer group in the Phoenix area,” says Hooker, who relocated with his family from California for this opportunity. “I love working for this company because you never feel alone and everyone supports you.”

“Augie has assisted in three different Western U.S. districts, and has helped through challenging situations — all the while consistently excelling with his work,” says Randall Hartman, manager mentor for the Western U.S. Region. “I look forward to working with him and his team in the future.”