Why mosquitoes are a historically interesting insect 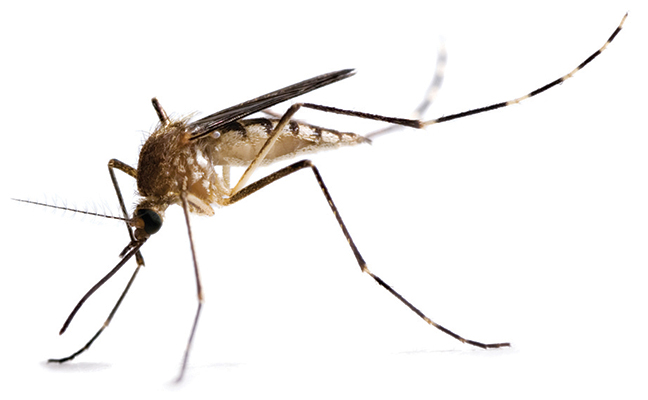 When you hear the word mosquito, what comes to mind first? For most people, it would be disease, death, and maybe annoyance. These are, of course, all correct thoughts — correct issues that we face from this near-perfect animal.

“All (mosquitoes) manifest exquisite adaptation to their environment. As a larva, the mosquito feeds and navigates in water,” the authors write. “As an adult, she can walk on water as well as land. She flies through the night air with the aid of the stars. She not only sees and smells, but also senses heat from a distance. Lacking our kind of a brain, she nevertheless thinks with her skin, changing direction, and fleeing danger in response to myriad changes in her surroundings.”

Some other facts that actually make this an interesting insect include:

Mosquitoes have caused changes in history, shaped civilizations, and have been responsible for not only death, but also for survival of communities.

Pope Gregory the Great (590 – 604 AD) wrote a lot about the illness in Rome that occurred when the weather turned warm. From his writings, many later pontiffs refused to sit in Rome. Malaria had been present so long in the country that many of the locals had developed immunity to the disease. Invading armies pushing into Rome, however, had not been exposed. Thus, early Rome was protected not by its fierce armies as much as it was by the mosquito.

Roman soldiers were protected to a point from the sickness — that is, until they invaded territories with different strains of malaria present. Around the end of the first century, Rome started its invasion of Scotland. The Romans reportedly lost approximately half of the 8,000-man force that was sent to the country, thanks to the malaria strain in Scotland.

In 1022, King Henry II was defeated in Rome by an illness so devastating that historians said it “can in no way be described.” Again, malaria protected the people of these countries and regions.

It wasn’t until the 1890s that the connection between mosquitoes and malaria was made. A British physician, Sir Ronald Ross, studying mosquitoes in India made the final correlation between the malaria parasite and the mosquito.

Historically, mosquitoes also have been used as torture devices and biological weapons. Centuries ago, Siberian tribes would tie a condemned prisoner to a tree and allow nature to work. In his 1985 book Natural Acts, American author David Quammen reported that an unprotected person in the wrong place at the wrong time could sustain as many as 9,000 bites per minute. That rate would remove approximately half the blood from a large man in two hours.

There are further reports of infected mosquitoes being collected and released in enemy territory to spread disease to change the outcome of battle and war.

This small elegant and beautiful animal has been credited with good and bad works, both natural and human-driven. Perhaps it should receive a little more respect for its place in history. 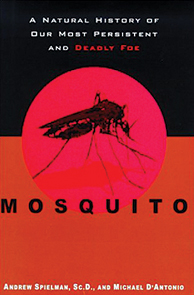 Mosquito: A Natural History of Our Most Persistent and Deadly Foe Andrew Spielman and Michael D’Antonio Hyperion New York, 2001 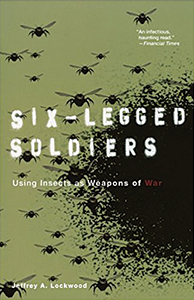 You can reach Meek, international technical and training director for Orkin Pest Control, at fmeek@rollins.com.