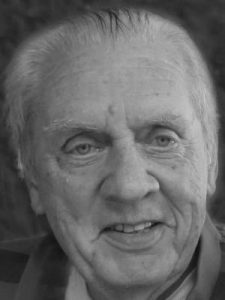 Dr. Robert “Butterfly Bob” Snetsinger is this year’s posthumous Hall of Fame candidate. He retired in 1999 as Professor Emeritus in the Department of Entomology for Pennylvania State University, State College, Pa., after a 38-year career there. During his academic career, he mentored many students and directed 40 theses. In 1996, he was co-recipient of the Provost’s Collaborative Innovations Special Recognition Program for teaching.

As a specialist in insect pests, he was part of a four-person interdisciplinary team (1969–1998) that developed the Mushroom Test Demonstration Facility at Penn State. Their research led to major innovations for the mushroom industry. In 1993, he initiated and co-chaired the first Great Insect Fair at Penn State, a fun learning event attracting thousands of people annually.

In addition to university work, in 1983 Dr. Snetsinger published what is considered to be the definitive history of the professional pest control industry, The Ratcatcher’s Child.

After the death of his daughter Clare, Dr. Snetsinger became interested in butterflies because of their beauty and ability to transform. From 1995 to 2000, he co-directed a butterfly therapy and outreach project for the Hollidaysburg Veterans’ Home. In 1996, he started developing a 3-acre butterfly garden at Tom Tudek Memorial Park in State College, which in 2011 was dedicated by the Tudek Foundation as the Snetsinger Butterfly Garden at Tom Tudek Memorial Park in State College. With the help of the Master Gardeners (2006 – present) the garden continued to improve and satellite Snetsinger Butterfly Gardens have been established at more than 30 schools, churches and other public places. A celebration of his life after his death from cancer in 2016 at age 88 included a butterfly release in the Snetsinger Butterfly Garden.