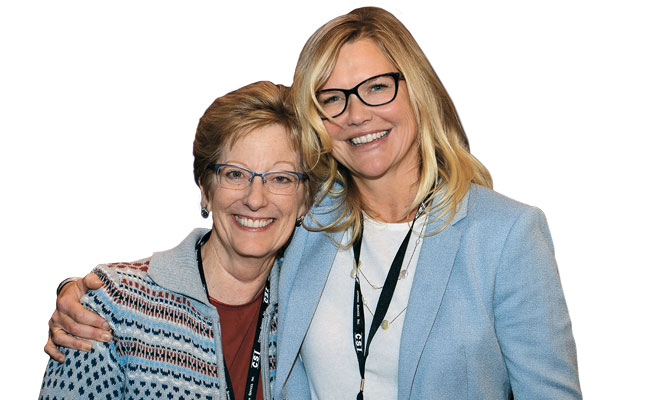 On March 30, 2018, through its parent company, ServiceMaster, Terminix acquired Copesan Services Inc. for a preliminary purchase price, according to ServiceMaster’s investor report, of $150 million — $100 million due at closing and $50 million due on the third anniversary of the closing. Copesan’s 270 employees will continue to operate under its three brands: Copesan National Accounts, Wil-Kil Pest Control and Holder’s Pest Solutions. This question-and-answer features Deni Naumann, president of Copesan Services since 2006, and Kelly Kambs, who was named president of Terminix Commercial in February 2018.

1. In addition to Wil-Kil and Holder’s, Copesan served as a federation for national accounts for dozens of pest management firms across the country. How does this transaction change “business-as-usual” for Copesan?

Naumann: We are still established so that our local service providers will continue to service commercial clients on behalf of Copesan. For example, there will be no change to Sprague Pest Solutions, McCloud Services and the other nearly 80 independent Copesan Partners across North America. What is different is that we’ve gone from 19 shareholders to one: ServiceMaster/Terminix. I’ve gone from seven bosses — the Copesan board of directors — to one boss, Kelly.

Kambs: Deni will also manage all of Terminix’s national accounts. It will still be separate names and business as usual. We’ll continue to keep our Terminix Commercial clients and Copesan customers.

Naumann (laughing): No. They’ll continue as Copesan and be stuck with me!

Kambs: We will keep these two brands and their leadership the same.

3. Will the annual Copesan Conference continue to take place?

Naumann: The 2019 meeting is still set for Feb. 19-22, in St. Pete’s Beach, Fla. It is just as critical as before for us to share best practices and network. We’ll continue to invite suppliers and service providers, as well as key leadership from Terminix. It’s an opportunity for the “whole family” to get to know one another.

4. Will software systems or any other business infrastructure change?

Naumann: The Copesan network will continue using PestPac/WorkWave, which has been our preferred software provider for more than 10 years. A couple service providers have proprietary systems that integrate with Copesan’s RapidTrax, and they’ll keep their systems. From a day-to-day operations standpoint, Copesan will continue to operate from its Menomonee Falls, Wis., headquarters. Terminix purchased our headquarters and the Chippewa Falls service center, and took over the leases of the operating company branches. (Editor’s Note: Terminix is based in Memphis, Tenn.; Wil-Kil is based in Menomonee Falls; and Holder’s is based in Houston, Texas.) Everything will continue to be the same, including our commitment to providing local expertise.

Kambs: Copesan in general has an incredible infrastructure to accelerate growth in the commercial business overall, not just national accounts. We plan to take some of the best practices that Deni and her team have put into place and apply them to Terminix accounts. For example, there’s a very effective process Copesan uses to really serve the  customer, a 360° approach, in escalating issues and how such issues should be handled. They have a number of touchpoints in place that the Terminix team can duplicate.

5. Final thoughts from each of you?

Kambs: This transaction is a commitment to the commercial market. It’s going to make Terminix stronger. It also increases the depth of Copesan, and gives us the opportunity to look at different verticals in the future. We’re all very excited about it at Terminix.

Naumann: Ditto! It’s very exciting to move forward with Terminix. Their brand awareness and resources, combined with Copesan — we’re going to be a formidable competitor in the industry for a long time.