What will Keystone virus mean to PMPs? 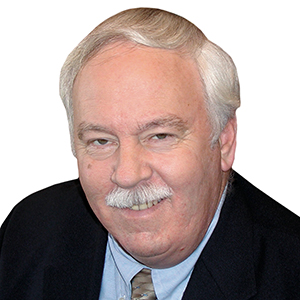 After the Keystone virus was first detected in Aedes atlanticus mosquitoes in 1964, in Keystone, Fla., the prevailing wisdom has been that it is a risk to livestock and other animals along coastal regions stretching from Texas to the Chesapeake Bay, but not to humans. At least, there hasn’t been a test available to detect it in humans.

A paper published June 9 in the journal Clinical Infectious Diseases says differently, however, confirming that a Florida boy, age 16, had a rash and fever because of the virus. They suspect it was from an infected mosquito. Keystone virus is known to cause encephalitis, an inflammation of the brain, but the patient has not exhibited signs of it. The patient entered a clinic in August 2016, at the height of the Zika virus epidemic in Florida, but tested negative for that virus.

A statement by Dr. J. Glenn Morris, director of the University of Florida’s Emerging Pathogens Institute, said in a statement that many other North Floridians might have been infected with Keystone virus over the years, noting in part, “It’s one of these instances where if you don’t know to look for something, you don’t find it.”

Joe Conlon, technical director of the American Mosquito Control Association (AMCA), tells PMP that while Keystone virus seems to pose less of a serious threat than the Zika virus for mosquito control accounts, it “should give us pause that people are contracting mosquito-borne viruses far more often than we have considered in the past.

“It’s all the more reason for eternal vigilance and a need for a robust vector control capacity,” he adds. “Other viruses are on the way.”

There is no known cure for Keystone virus. Currently, the only way to prevent it is to avoid mosquito bites. Once again, the pest management industry is being called upon to be protectors of public health. Communicating to mosquito control customers the importance of following set sanitation guidelines for standing water, removing conducive conditions, screening windows and doors, and wearing clothing that covers their arms and legs is essential.