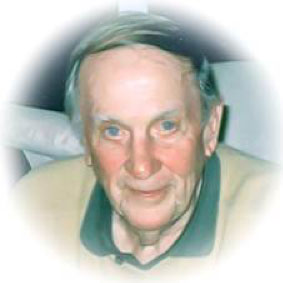 Charles Clark, founder of Clark Pest Control, passed away peacefully Sept. 15 at home in Lodi, Calif., surrounded by his family. He was 91.

Clark, a World War II Navy veteran, launched his pest control firm in 1950 in Stockton, Calif., the town where he was born. Beginning with one truck, he grew his business into the largest privately held pest management firm west of the Mississippi, with 23 service centers spread across California and northwest Nevada, employing more than 1,000 people.

Clark aided the establishment of key regulatory groups and associations in California. He was appointed by Gov. Jerry Brown to serve two terms as a member of the Structural Pest Control Board, in 1979 and 1982. He recently received the Harvey Logan Lifetime Achievement Award from the Pest Control Operators of California (PCOC). He was active in his company until earlier this year.

In a statement, Clark Pest Control notes that “one of his proudest accomplishments was the many jobs he created, which made it possible for so many people to support not only themselves but their families.

“His vision was straightforward: Make sure that customers get exceptional service, and insist on the highest professional standards from employees. Mr. Clark was a humble man, a generous philanthropist, and he had a lifetime enthusiasm for learning new things. He was a resolute San Francisco Giants fan, an avid outdoorsman, and in later years he partnered with a couple of friends in a winemaking venture. His longevity can be attributed in part to his dedication to walking every day. And, above everything else, he was a devoted family man.”

Clark leaves behind his wife of 63 years, Shirlene; four sons, Charles III “Trey” (Kathleen), Jeffrey, Joseph (Darlene), and Terrence (Toni); and six grandchildren, Franklin, Matt, Kelli, Harper, Charlie Grace, and Katie Rose. In lieu of flowers, the Clark family asks that friends donate to the charity of their choice in his name, or one that was very important to him, United Cerebal Palsy.

- NPMA to host second COVID-19 webinar March 31
This article is tagged with Clark, obituary and posted in News