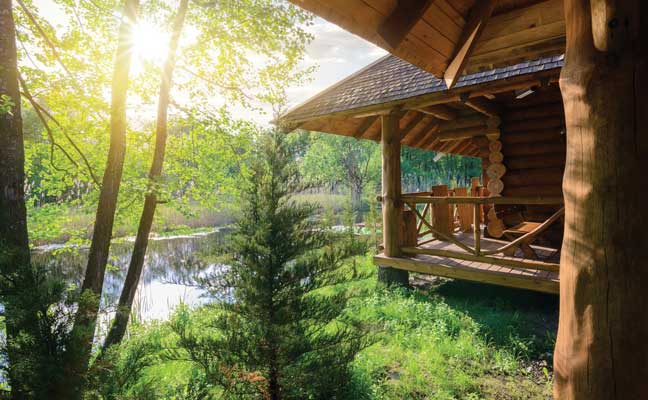 In 2006, the Smiths (not their real name), a retired couple, built a beautiful log cabin vacation home at the top of a mountain, with gorgeous views of the Blue Ridge Mountains. One late spring day, soon after the home was built, they were sitting on their deck enjoying the view when they noticed a swarm of insects rising from the surrounding treetops. They watched this swirling mass of insects as it moved overhead.

Then, they started hearing the “ticks” as the insects fell from the sky and landed on the metal roof of their home. It sounded like rain as the number of falling insects increased, landing on the roof, the deck, and on them. They recognized the insects were earwigs, and they quickly went inside.

The days that followed turned their dream home into a nightmare. Thousands of earwigs began working their way into the house, pouring in from every crack and crevice they could squeeze into. They began falling from the ceiling and walls from the natural cracks in the wood logs, and the hardwood floors were covered with earwigs running about.

Every couple of days, the Smiths would sweep and suck up the earwigs with a wet-dry vacuum, which had to be emptied regularly because it would become full.

The earwigs finally died off over the winter. The following spring, however, they came back with a vengeance. 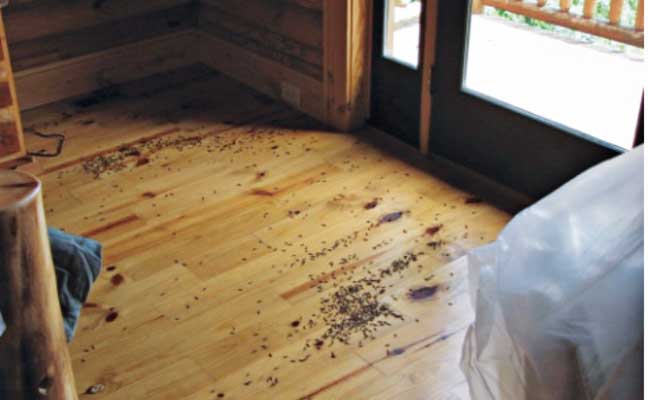 When I heard about what was happening, I had to see it for myself. I had never heard or read about earwigs swarming like termites. They have wings (the flight wings are folded underneath the short forewings, which act as protected covers), but rarely, if ever, fly.

I have observed a few earwigs flying about porch lights at night, but never swarming en masse during the day. This is another odd detail, since earwigs are mostly active at night.

Earwigs also prefer to be in moist, or humid, habitats such as under mulch, pine straw, leaf litter, or in rotten logs. There they feed on organic matter, small insects such as springtails, and sometimes plants. The conditions inside the Smiths’ home were far from favorable for them. It was not moist or humid, nor was there an abundance of food.

I arrived at the house just after a fresh swarm. Even with what I had been told, I could not believe what I was seeing. It was reminiscent of a horror flick where the walls were crawling with creatures. We began our tour by walking around the outside of the house. I was in awe as I watched thousands of earwigs running up and down the outside walls, crawling on the ground, and running up and down nearby trees. Next to the foundation were piles of dead earwigs, heaped up like mounds of dirt, which accumulated as a result of the numerous insecticide applications. I didn’t say much, other than “Wow, this is insane.”

Inside, Mrs. Smith had already swept the floors in the family room that morning, but there were still hundreds of earwigs running around and falling out of the cracks in the walls. She led us to the upstairs bedrooms where she had not had a chance to sweep and vacuum yet. The floors in each bedroom were literally covered with earwigs. As we walked around, they would crunch under our shoes, and the floors would become slick to walk on from all of the crushed earwigs.

I said to Mrs. Smith, “You are very tolerant and patient. If this was my house, my wife would have burned it down by now.” She explained that she probably is more tolerant than most people, but the whole ordeal had been extremely frustrating. I told her we would continue to do everything possible to get this under control. I really felt bad for them — and I really wanted to figure out what was going on. 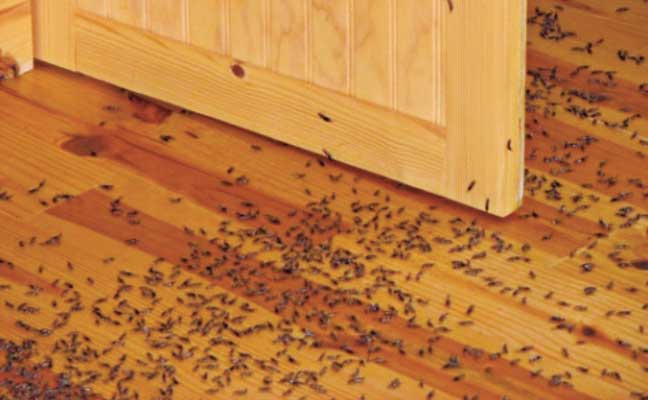 I visited the house a few more times over the next couple of years. I always left with more questions. I sent samples to Clemson University to confirm that they were European earwigs (Forficula auricularia). During my visits, I tried to find where they were breeding. I knew they weren’t breeding inside the house; I never found eggs or nymphs. There was some mulch around the house, but not an excessive amount. I searched in several places under the mulch, but never found earwigs living there. That was strange, because it was one place you would expect to find them.

The house was surrounded by forested areas. In these surrounding woods were several old dead trees, some still standing. When the bark was peeled from these standing dead trees, earwigs would pour out like a waterfall. The standing dead trees were full of earwigs, but there were very few in and around the logs on the ground where you would expect to find them. Only adults were found, no eggs or nymphs. The farther into the woods I went in search of earwigs, the fewer I could find.

It seemed as if the house was the central gathering points for the earwigs and the closer you got, the more earwigs there were. Even other houses in the neighborhood did not have earwig problems.

After all my investigations, I could not find one breeding site. During my visits, I would also apply treatments recommended by industry reps and distributors. I tried a variety of baits, but the earwigs would not touch them. They were not eating and they weren’t breeding, so why were they there — and why weren’t other homes in the area being affected?

The swarms began shortly after the house was built. It has been found that earwigs do have an aggregation pheromone. The logs were purchased from a popular log home dealership, and the wood stain was a commonly used brand. If there were some kind of earwig attractant (or aggregation pheromone mimic) in the chemicals used to treat the logs or in the stain, wouldn’t there be more occurrences of earwig infestations in the homes that have used these products?

Thinking that the attractiveness of the house might have something to do with the wood stain that was used, I advised the Smiths to re-stain the house with a different product. Not only did they re-stain the house, they also worked feverishly to caulk and seal as many entryways as possible. This was a daunting task for a log home.

The next spring arrived, and we treated the house thoroughly with repellent insecticides in anticipation of the swarms. Then we waited. Amazingly, the swarms did not come. In fact, over the summer only a handful of earwigs were seen.

Did we figure it out? Was it indeed something to do with the wood stain that was originally used? We became hopeful.

Later that summer, a tornado came through the area and caused some damage to the house, along with a few downed trees. The Smiths took this opportunity to eliminate as many standing dead trees as possible from around the house in case they were being used as harborage by earwigs.

For a while, things looked great. The earwigs seemed to have gone away.

The next summer, I received a phone call from Mrs. Smith and she said the words that I never wanted to hear: “The earwigs are back.”

To this day, earwigs still become problematic there periodically. Every spring, we provide a specialized treatment at the home to help reduce the number of earwigs when they do show up, and this has provided some relief. Still, the mystery of why they are there is still not solved.