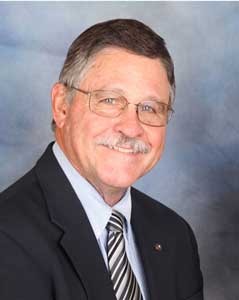 Joe Wilson, former owner of PermaTreat Pest Control, Fredericksburg, Va., and his wife have established the Joseph R. and Mary W. Wilson Endowed Urban Entomology Professorship in the College of Agriculture and Life Sciences at the Virginia Polytechnic Institute and State University, or Virginia Tech.

The Wilson Urban Entomology Professor will lead entomology research efforts with the goal of discovering new and innovative ways to fight the scourge of urban pests such as bed bugs and cockroaches, and share that information with the public.

“We felt like this was an opportunity to give back to an institution that helped build our business,” Joe Wilson told a local newspaper about his desire to make a gift. “Our industry is very closely tied to Virginia Tech. They have provided most of the training and instruction for pest control officers like myself.”

“This gift is truly transformational to our program at Virginia Tech,” says Tim Kring, head of the Department of Entomology. “There is a void in basic foundational research for urban pest management. We want to expand our program by adding a research component to our toolbox in order to pioneer next-step treatment options for indoor pests. No insecticide lasts forever. So, coming up with a new tool requires research.”

A native of Buena Vista, Va., Joe Wilson got into the business in 1965 when he was selling pest control service door-to-door for Orkin. He moved through the ranks of the company, eventually becoming the regional vice president of Orkin’s Midwest Region overseeing 54 branches in 13 states.

In 1982, Wilson was visiting with a friend who started PermaTreat Pest Control in Fredericksburg, Va., and offered to sell the company to Wilson. Since moving back to Fredericksburg, Wilson has been involved in a host of civic activities and urban development projects, including building the Wilson building in downtown, which has led to other commercial development in the downtown area. He is one of the founding members of the Rappahannock Rotary Club and he has long supported animal-welfare programs, including PermaTreat’s adopt-a-pet ads that appear in newspapers across the Commonwealth. He was a Fredericksburg City Councilman from 2000 to 2004 and named Virginia’s Small Business Person of the Year in 1987.