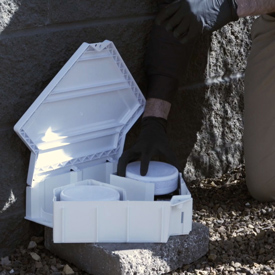 Flagstaff, Ariz.-based SenesTech, a developer of proprietary technologies for managing rat populations through fertility control, has announced that the U.S. Environmental Protection Agency (EPA) has approved the removal of “Restricted Use Only” from the label of ContraPest, a rat fertility control bait.

“Our planned market evolution of ContraPest involved the initial deployment of the product by applicators licensed for Restricted Use products (RUPs),” notes Dr. Loretta Mayer, SenesTech’s CEO and co-founder. “After two years of selling effort and early deployment, the ‘voice of our customer’ became that an RUP label was cumbersome and inexplicable due to its safety profile.”

An RUP requires the need for applicator expertise to deploy and service the product. As a result, a pest management professional (PMP), in many states, must be specially licensed for RUPs, and is subject to additional regulations. Dr. Mayer reports that approximately 30 percent to 50 percent of PMPs that SenesTech initially approached would not use RUPs as a matter of policy and/or practice.

“We intend to improve our market potential immediately via this label improvement,” she says. “As one national PMP explicitly stated, ‘We would immediately deploy ContraPest if it were not a Restricted Use Product.’ Furthermore, this will now allow us to serve additional markets and larger corporate and national accounts that are asking for a less restricted use product.”

The ContraPest label will now include a statement, “Intended for Professional Use Only,” reflecting SenesTech’s belief that ContraPest is best used as part of integrated pest management (IPM). With this EPA approval, the company now intends to seek state approvals of the new label.