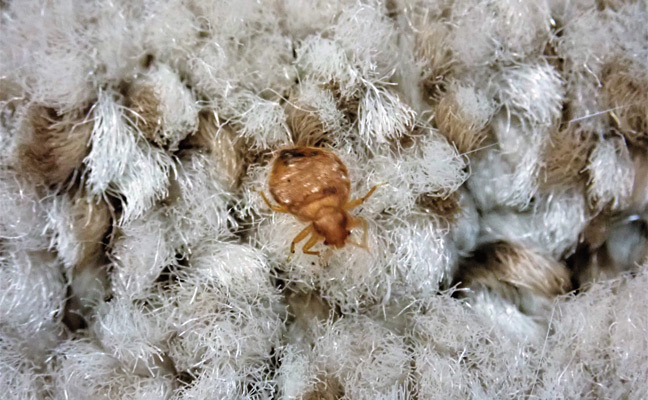 Cimi-Shield from Carson, Calif.-based Pest Barrier, a division of Bird Barrier, was first field-tested on bed bugs (Cimex lectularius) by Dr. Jeffrey Brown, BCE, over five studies that took place from 2009 to 2012. The product is exempt from registration by the U.S. Environmental Protection Agency, as it conforms to FIFRA 25(b).

Although Cimi-Shield’s active ingredient is polypeptide protein derived from soybean oil, it’s not an oil-based product. The active ingredient is encased in microscopic tubes that cling to carpeting, bedding, drapery, furniture, rough-textured wood and similar surfaces, but will not cling to hard surfaces like tile and hardwood floors. It spills out of the tubes onto the bed bug as it travels across them onto the textured surface, rubbing up against the underside of the bed bug’s torso. Then it starts breaking apart the exoskeleton. It is odorless and will not stain, and is easily applied with a pump sprayer.

Dr. Brown, who at the time was managing director of the American Academy of Entomological Sciences, Ridgeland, Miss., consistently found during testing that Cimi-Shield would control “all visibly observable bed bugs in the test area,” and its residual quality was an “effective preventative against bed bugs” for several months after application. 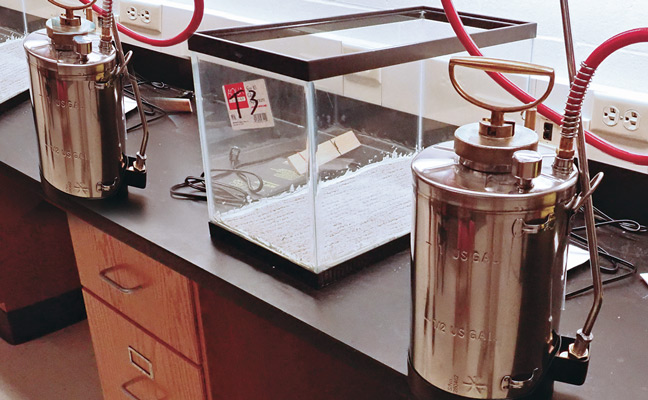 The test chambers and sprayers used in the study. PHOTO: JEFF MCGOVERN

Fast forward to late 2016, when Cameron Riddell, president of Pest Barrier and its sibling company, Bird Barrier, felt that the product — while garnering excellent feedback from pest management professionals (PMPs) nationwide — was worthy of further study. He and his team put out a request for proposals (RFP) to a variety of university researchers.

“We liked Purdue’s methods and proposal, so we chose them,” Riddell says of the West Lafayette, Ind.-based university. “They had the pedigree we were looking for, and agreed to stimulate bed bug movement on the carpet by using a heat source — a reptile heating pad. Movement of bed bugs on carpets was required to allow transfer of the active ingredient residue to the bed bug torso.” 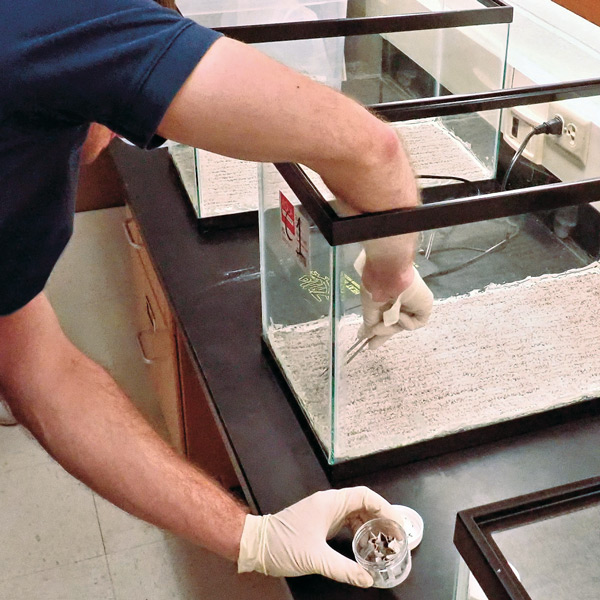 Led by Dr. Ameya Gondhalekar, a research assistant professor at Purdue’s Center for Urban and Industrial Pest Management, the testing was completed in late 2017. Riddell notes he is pleased how the results once again confirm efficacy — on contact and in residual.

“Dr. Brown’s field trials proved mortality of less than 24 hours in most cases,” he says. “Mortality took longer in Dr. Gondhalekar’s lab studies, and we are looking into this. We are obviously pleased that both reports show long-term residual efficacy. 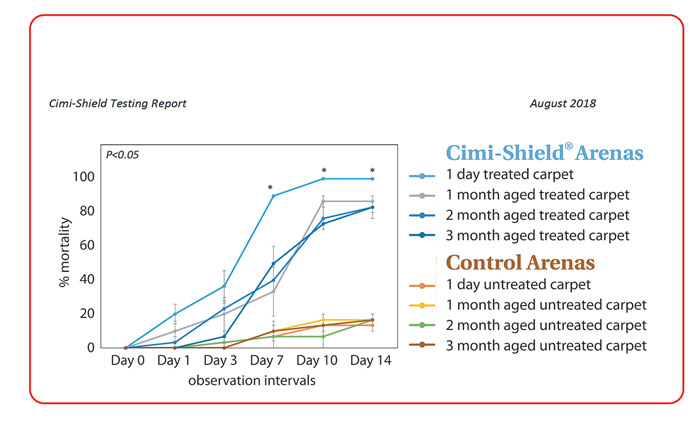 “Very few products labeled for bed bugs have residual,” Riddell continues. “And the ones that do are not labeled for human contact. PMPs can apply Cimi-Shield on bedding, carpeting and furniture. It can be applied after a fumigation or heat treatment to provide against re-infestation. And it can be applied preventatively in hotels, for example, to protect against future introductions. People and household pets can come into contact with it with zero risk.”