Ed Sheehan and his son Joe separately each built successful pest control companies. After 27 years of running Checkmate Exterminators, Ed sold his company to Terminix International in 1998. At the time, Joe, who had worked part-time for Checkmate since he was five years old, didn’t want to follow in his father’s footsteps as a pest management professional (PMP). Five years later, in 2003, Joe had a change of heart and began building Brooklyn, N.Y.-based Colony Pest Management — today a business with 19 employees and $2.5 million in annual sales. Fast-forward another 15 years to this summer, when the father-and-son duo launched “Colony Confidential” — a biweekly podcast program in which the Sheehans share, in an entertaining fashion, their success stories, toughest lessons learned, and dos and don’ts for running a small business and controlling today’s most problematic pests. 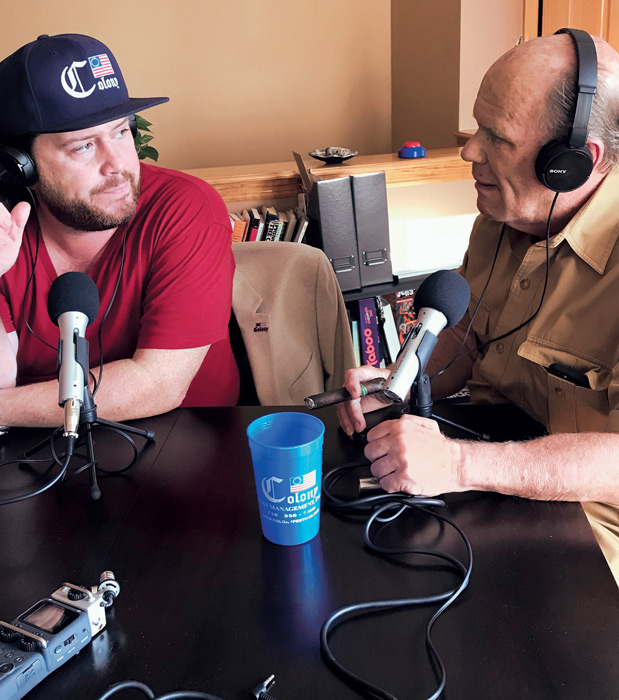 1. Ed starred in Rats, a stomach-churning film based on Robert Sullivan’s book by the same name. Chronicling infestations in major cities, Rats premiered at the 2016 Toronto International Film Festival, was distributed by Discovery Channel, and now is available on Netflix. How did working with Morgan Spurlock — director of Rats and other film documentaries such as Super Size Me and Where in the World is Osama bin Laden? — prepare you to produce “Colony Confidential” podcasts?

Ed: For every minute I was in Rats, we filmed an hour of footage that got left on the editing floor. Once you’ve worked on a film like that, co-hosting a podcast program doesn’t seem that daunting. Truth be told, I really enjoyed my 15 minutes of fame in Rats. When I became a PMP 50 years ago, we were called “exterminators” and were considered by many to be “bottom of the barrel.” What a difference five decades makes! Who would have thought a ratcatcher like me one day would walk the red carpet at the Toronto International Film Festival?

Joe: Who’s kidding whom, Dad? You loved the camera in Rats, and you love the mic with “Colony Confidential.” We both have the gift of gab, which is good because it allows us to share our experience with other PMPs. For Rats, we filmed about 50 hours together —
20 hours at my office, 20 hours at Dad’s home and 10 hours in the field. I was behind the scenes, trying to assist Dad and the camera crew. I’ll never forget the day I yelled “CUT!” after Dad went out of bounds with an on-camera comment. That was the day I learned there’s only one Rats  director: Only Mr. Spurlock gets to yell “CUT!”

“Some clients used to ask, ‘What did you do? I didn’t see you spray anything.’ I’d tell them, ‘I used my brain, my most lethal weapon.’” — Ed Sheehan

2. Whose idea was it to launch a podcast program for PMPs?

Ed: “Colony Confidential” was the brainchild of Joe and his girlfriend, Patrise Blake. All I do is show up on Tuesdays and Thursdays, and talk for an hour. We’re having a blast co-hosting our podcast program. We’re getting great feedback from PMPs and people we’ve had on our show.

Joe: Initially, Dad and I were kicking around the idea of writing a book together. Patrise came up with the podcast idea. She knew the platform would better capture our banter and tone. An on-air personality in the Caribbean for years, Patrise is the real brains of this operation. She records each episode using the Libsyn podcast hosting service, and then makes us sound good by editing our audio using GarageBand software. We’ve already recorded more than a dozen podcasts, each about 45 minutes. We’re trying to share two new podcasts each week via iTunes, Spotify and Soundcloud.

3. Has co-hosting “Colony Confidential” drawn you two closer together?

Ed: Definitely. For years, I’ve been teaching a 30-hour course on structural pest control for individuals trying to become licensed pesticide applicators in New York state. I’ve been in the pest control business since 1967. I thought I knew everything about pest control and running a small business, but every week Joe teaches me something new on “Colony Confidential.”

Joe: Dad and I already were close. “Colony Confidential” has only made us closer — to each other and to our fellow PMPs in the trenches.

4. Is it true that Joe’s brother Eddie and sister Jamie also are PMPs?

Ed: Yes. The apples don’t fall far from the tree. Building my own pest control business was exhilarating, but watching my three kids also serve as PMPs has been the best feeling ever.

Joe: We Sheehans lean on, and learn from, one another. That’s what “Colony Confidential” is all about — learning from each other’s successes and failures, and sharing a few laughs along the way.

“Integrated pest management technologies and techniques continue to evolve. So while the pests are constantly adapting, so are we PMPs.” — Joe Sheehan

5. How are you promoting Colony Confidential podcasts?

Ed: Our episodes air on the most popular podcast sites, and referrals from loyal listeners are steadily building our audience. 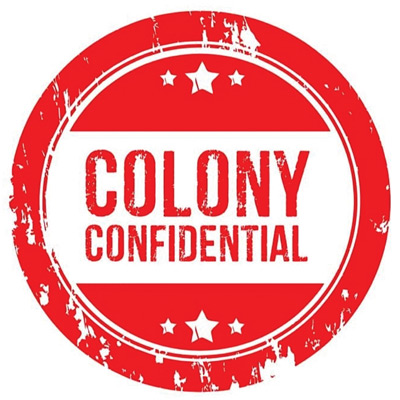 What follows is just a sampling of “Colony Confidential” podcasts available on iTunes, Spotify and Soundcloud: