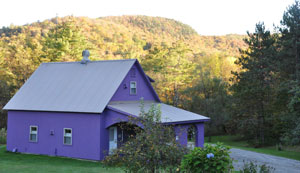 The Potomac Co. announces the acquisition of its client, Vermont Pest Control, by Rentokil Steritech. Terms were not disclosed.

Founded in 1991 by Art and Chere Tournet, the Middletown Springs, Vt.-based firm has grown to be one of the largest pest control operations in the state. Its territory includes Albany, N.Y., and Burlington, Vt. All team members are joining Rentokil, while the sellers will remain with Rentokil throughout the integration period.

“We’ve known [Rentokil Steritech President and CEO] John Myers for a long time, and we’re happy to partner with him and his team here in Vermont,” the Tournets said in a press release. “They’ve been great to work with and we’re confident that we made the right decision for our team and our customers.”

“I think that this acquisition is going to be home run for Rentokil, and will really help them grow their service footprint in Vermont, especially with Art and Chere remaining involved,” said Paul Giannamore, managing director of Potomac. “I wish them the very best.”

Vermont Pest Control is both Rentokil’s and Potomac’s second acquisition in Vermont in recent years, after Rentokil purchased LR Pest Elimination in July 2015.