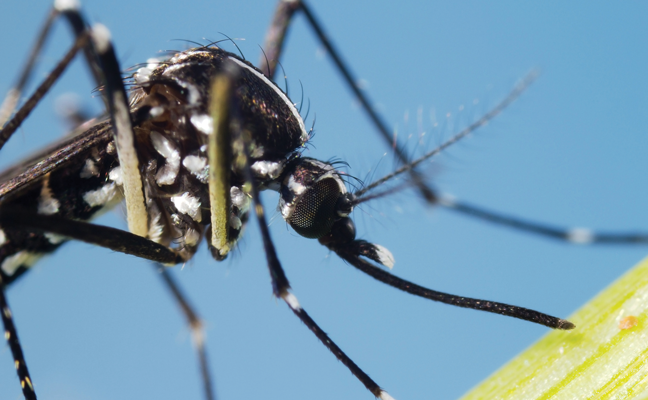 In a recent edition of Parasites & Vectors, researchers from the Millbrook, N.Y.-based Cary Institute of Ecosystem Studies reports socioeconomic differences among neighborhoods can influence bite risk, with rats being a primary bloodmeal source in lower-income neighborhoods.

Studying five row-home neighborhoods in Baltimore, Md., at various economic levels, DNA was isolated from engorged mosquitoes to determine the source of their last meal. Host species included several mammalian (including human) and avian species. Norway rats (Rattus norvegicus) comprised 71.7 percent of all Asian tiger mosquito (Aedes albopictus) bloodmeals, and were the second-most common host in Culex spp. samples, behind birds. Humans and cats each made up 13 percent of Aedes bloodmeals, whereas deer and dogs were bitten less frequently by all mosquito species.

While the total number of human bites was highest in low-income areas, the proportion of mosquitoes feeding on people (50 percent, by Asian tiger mosquitoes) was highest in above-median income blocks. This is due in large part to human behavior, according to Heather Goodman, lead author of the study: “In higher-income neighborhoods, people spend more time in their backyards where shade, vegetation, moisture and mosquitoes are abundant. In lower-income neighborhoods, people spend more time in front of their homes, where streets are paved and there is little shade or water-holding habitat for mosquitoes.”

These social patterns determine what hosts are available for mosquitoes to bite. Human behavior also drives the phenomenon of “rat blocks” vs. “cat blocks.”

In lower-income areas, residents turn to cats to attempt to help manage rat problems. This boosts feral cat populations. Where cats are abundant, rats are not. As a result, there are more cat bloodmeals in these areas. Cat bloodmeals were uncommon in higher-income neighborhoods.

In the middle? Most at risk

Where does this leave median-income neighborhoods? “Our findings suggest that median-income areas are where people are most at risk of being bitten,” says Shannon LaDeau, who was part of the research team. “These neighborhoods have high mosquito abundance and inconsistent infrastructure, yet abandonment is low. There are plenty of people for mosquitoes to bite, and residents may be more likely to spend time in community gardens and shared green spaces, which makes them available to mosquitoes.”

Goodman concludes, “There are lots of reasons to want to eradicate rats. We need to know, if there were fewer rats, would mosquitoes bite more people? Or, in the absence of this abundant food source, would mosquito populations decline overall? To develop the most effective pest management strategies and avoid unintended consequences, these questions should be explored.”