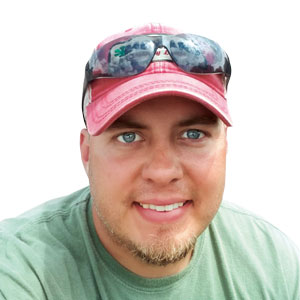 Barnes Wildlife Control helps the Greater Dayton, Ohio, market not only deal with raccoons, bats and other nuisance wildlife, but also offers rodent and general pest control. Jacob Barnes, owner of the 17-employee company, also is the driving force behind the avian control solution Bird Banisher. It’s safe to say the man knows his vertebrates, but we sat down with him recently to learn about two rodent jobs in particular that (nearly) had him rattled.

Barnes: An older couple — let’s call them Mr. and Mrs. Smith — lived in a large, one-story home on a slab with a walk-up attic. Everything looked as it should from the street. But there was a twist: Mrs. Smith became obsessed with feeding birds.

Her hobby, combined with the Smiths’ love of all animals, made the perfect storm for house mouse trouble. (Luckily, we don’t see much rat activity in Southwest Ohio.) A breezeway attached to the kitchen stored a massive cache of bird seed. Mrs. Smith did not believe in portion control or bird feeders. She simply went into the breezeway, grabbed a huge scoop of feed, opened the back storm door, and launched the seed all over the patio and driveway. This had been going on for about five years.

When we arrived, we found ourselves walking on a layer more than 4 inches thick of old and moldy seed that wasn’t consumed, covered by another layer of new seed close to 1 inch thick.

We found mice everywhere — in kitchen drawers and bedroom closets, and inside the living room sofa. The attic was riddled with mice trails that carved pathways to openings into interior wall voids. All of the Smiths’ belongings that had been stored there were either contaminated by a huge amount of droppings or chewed for bedding material.

We decided to take a multi-faceted approach to tackle this infestation:

This strategy led to more than 40 mice being trapped and removed from the dwelling. You could feel the sense of relief the Smiths had knowing they would no longer struggle with this dilemma. We performed a complete attic restoration to finish off the project.

Q: In the vein of the classic cartoon “Tom & Jerry,” can you recall the single-smartest rodent, or rodents, you’ve run into, and how, in the end, you ensured you got the best of them — not the other way around?

Barnes: One job — and one rat — in particular made my head hurt: The homeowners already had two other pest control companies out; both had thrown in the towel. I’m telling you, this Norway rat had a Ph.D. in human psychology. For more than a week, conventional control tactics failed; the rat had seen them all before.

I resorted to using motion-activated cameras to study his behavior. He was living under a bathtub area and, just like in the “Tom & Jerry” cartoons, had chewed outlandish holes through baseboards all over this house. The homeowners were about to lose their minds from lack of sleep, and they were growing more desperate by the day.

I finally won this battle by setting a body-grip trap over one of his favorite baseboard holes located behind the kitchen refrigerator. When I received the call that we had him in the trap, I couldn’t get there fast enough to remove the rat and close this job out!

An interview with a Norway rat

A model rodent surveillance program ramps up in New Orleans