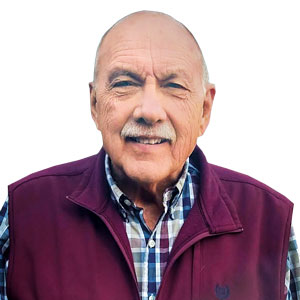 This question-and-answer session is with Bob Fergus, branch manager of Sentinel Pest Control, Effingham, Ill. The industry veteran took care of pests in the nation’s house — the White House — under the Johnson, Nixon and Ford administrations.

1. How did you get your start in pest control?

2. You grew up in Indiana. How did you land the White House as a customer?

My father, my brother Fred, and I bought the Arab Pest Control franchise in Washington, D.C., in 1967. Dad was the manager, Fred was the sales manager, and I was the service manager. The White House was an existing customer at that time. The previous owner played golf with a purchasing agent for the National Park Service, which maintains the White House. I suppose that is how he got his foot in the door.

I was not aware of how extensive the background check was until a neighbor from Indiana contacted me and asked if I was in any trouble, because two FBI agents came to her house and asked a lot of questions about me. I assured her that it was just a background check for White House clearance. I performed pest control service there twice a month for 12 years, for a total of about 250 to 300 visits.

3. The U.S. Environmental Protection Agency (EPA) was started in 1970, and the Federal Insecticide, Fungicide and Rodenticide Act (FIFRA) went through a major overhaul in 1972. Did they affect your work?

We thought these developments were going to ruin our businesses, but to the contrary, they made us better and a more professional industry. We went from mixing our own rodent baits to using properly prepared, labeled rodenticides in enclosed bait stations.

I even serviced William Ruckelshaus’ home monthly; he was the first director of the EPA. But that may have been because I serviced his home in Indianapolis, Ind., before we both moved to D.C.

4. Is there a particular memory about your time at the White House you could share with readers? 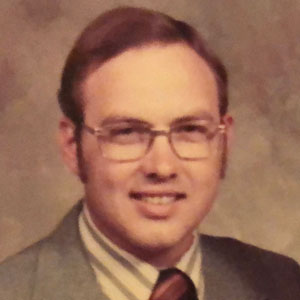 About two weeks after the Watergate scandal broke, I got a call that they had seen an American cockroach is the Situation Room. This was a large room with Teletype machines all around the walls — probably 30 or more — that were each manned by one person. When I serviced the basement, a White House policeman would escort me. But when called to a sensitive area — like the Situation Room — a Secret Service agent escorted me and the policeman.

I always wore a suit or sport coat and tie, and carried my equipment in a case. When we walked into the Situation Room, we were greeted by a lady behind a desk. Of course, everyone in the room looked up to see what this trio was up to. I told her we were there to “de-bug” the place. This was followed by gasps and a few chuckles after I explained the type of “bug” we were after.

There were a lot of other instances, like grain weevils in President Johnson’s 50-pound bags of popcorn, and ants in President Nixon’s bedroom. I did get to meet all the Presidents, if you count “meeting” them as they walked down the halls. We were instructed to not speak to them first because we might interrupt their train of thought, but I did get to talk to all three of them.

5. What was your favorite thing about having the White House as an account?

It was fun, meeting all the dignitaries in the hall on their way to talk to the President. I remember Chuck Colson and Robert McNamara in particular. I thought McNamara had the neatest glasses. It gave me a huge sense of pride to be the one to keep the White House pest-free. I did take a lot of ribbing about how efficiently I did that, but it was such an honor.