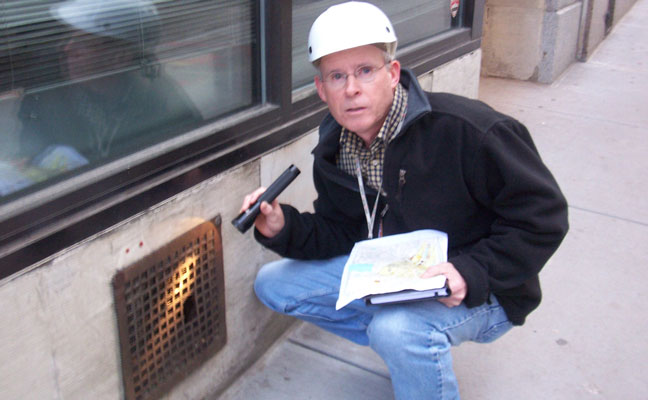 Earlier this month, we learned that a group of Clinton, N.Y.-based Hamilton College students, enrolled in the “Hamilton in New York City” program, went on a New York City rat safari with noted rodentologist and PMP Hall of Famer Dr. Bobby Corrigan (Class of 2008).

“Hamilton in New York City combines an internship with academic experience and is unique in its attempt to encompass a wide range of perspectives on globalization,” a web page for the program explains. “Students spend four days a week as interns in a firm or organization for one credit. They attend weekly seminars one morning and evening for two credits and complete an independent project for one credit. Typically either the independent project or a seminar or both may receive concentration credit in the discipline or program of the director. Special arrangements for receiving concentration credit may be possible between the NYC Program and the department or program of a student’s concentration.”

According to an online news article by student participant Isha Parkhi, “We started our safari at 8 p.m. — that’s when the rats start foraging the city for food. We visited a subway station, several parks, specifically Columbus Park which at one time had over 200 rat burrows. Corrigan pointed out the factors that make a location favorable to rats, and we saw a decent number coming out of burrows, sliding into sewer openings, and scurrying out from under piles of garbage bags.”

Parkhi noted that the group was joined by Matt Combs, a 2013 Hamilton grad “who is now a graduate student in biology at Fordham University; Corrigan is his thesis advisor.”

We’re thrilled to hear Bobby spread the word on the importance of rodent control in urban areas, and hopefully opened some eyes as to the importance of sanitation and other preventive methods to keep rats out of people’s daily lives. Mentioning the esteemed Dr. Corrigan is a nice segue, too, for us to remind you to check out our upcoming June issue, which includes an overview of his illustrious career (and current projects) in our “A Look Back” feature.