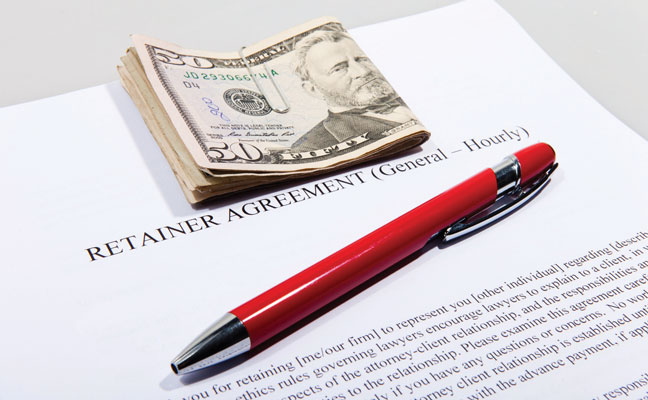 Pest management professionals (PMPs) should review their contracts for all services at least every two years. Within this review process, it is important to consider regulatory, legislative and labeling changes; advertising and marketing programs; and insurance policy changes, among other considerations.

Such a comprehensive review ensures service contracts are compliant and in alignment with the promises made in advertising campaigns, and address the evolving needs of your business.

During contract review or development, PMPs often are challenged to navigate these considerations in addition to various legal questions without the assistance of counsel. Many PMPs developed contracts based on other contracts they have seen, whether from the pest control industry or other industries. They may have borrowed some terms from other contracts without regard to the consequences those provisions might have if there is litigation.

As a result, “attorney fee shifting provisions” are a common term incorporated into many PMP’s contracts. These provisions can create risks, and may not hold the promise of fee recovery many PMPs hope for. It is important to understand these risks when developing new contracts, and as part of a thorough contract review.

It is a basic concept: If one party sues another, then the party that loses pays the winner’s attorney fees. Without this clause, each party would pay for its own lawyers. The idea behind a fee-shifting clause is that a party that wrongfully prosecutes or defends a lawsuit should pay for harassing the other party into needlessly hiring an attorney.

The basic assumption underlying such a clause is: “If I am sued or if I need to sue, I will always be in the right and I will certainly win; therefore, whomever opposes me should pay for my lawyer.”

It is a fair, but often untrue assumption. Underlying the assumption are uncontrollable factors, such as employees who might not follow your directives, human fallibility, and the unpredictability of the species over which you are providing control.

Another element underlying the assumption is, “Before I sue or get sued, I will have the chance to make it right — and I will deal with an opposing party who will act logically and in our joint, mutual best interest.”

That assumption also is not always true. Unanticipated lawsuits arise often, without the opportunity to avoid an unpleasant situation. In these situations, emotion, pride, lack of information and unrealistic expectations sometimes impair the opportunity to resolve differences short of litigation.

The most obvious risk in a fee shifting provision is that judges, juries and arbitrators can make mistakes, ruling against a PMP who has performed to meet industry standards or beyond. If so, then the PMP bears the risk of paying the other side’s attorney fees.

But there are less-obvious risks, too. For example, in some states, winning also can mean losing the fee battle. Assume for a second that the lawsuit is about your opponent wanting $10,000 for some harm. You think the dispute is worth $1,000, not $10,000. Your opponent wins $1,500. In some states, your opponent “won” because they got money. This seems wrong. After all, your opponent got less than half of what was asked for, but a court could rule that you must pay all of their attorney fees.

In other states, there might be a balance of interests to determine who actually “prevailed” under the prevailing party contract term. In almost all states, informal negotiations are not admissible to show who was the most reasonable person in trying to avoid litigation. So, even if you offered the $1,000 you thought was owed, you still might not be able to use that offer in court.

Also varying by state, the law may allow for formal offers made under court rules to determine whether one party pays for the other’s attorney fees. These are sometimes referred to as “proposal for settlement” or “offer of judgment” laws. In those states, one party to a lawsuit can formally offer to pay or to be paid a certain amount to end the lawsuit. If the other side refuses to accept the offer, then there may be a risk that the refusing party has to pay the other side’s attorney fees. And, that formal offer is admissible to prove the point that the opponent was unreasonable.

The laws under which lawsuits are brought often dictate who pays for the other side’s attorney, no matter what the contract says. Usually, this comes up in consumer deception and fraud claims. Most states and the federal government have consumer protection laws that allow a consumer to recover attorney fees against a business. Even a slight victory by a consumer under those laws can result in many thousands of dollars of attorney fee risk, no matter the quality of the win.

Last, many consumers are “judgment-proof” for fee claims. That is, even if you win a fee judgment, the consumer may be unable to pay. In this case, you will never recover the amount to which you believe you are entitled.

What you can do

There is no reason to rush into a contract, assuming that you will prevail in all litigation. The risk of uncontrollable variables and unpredictable litigation dictates you may not want an all-or-nothing, all-encompassing fee provision. If there is litigation, some alternative resources might improve the chances of recovering attorney fees while mitigating the risk you will be liable for fees, including:

Although fee-shifting contract provisions may sound good, they often create more risk than they are worth. The better course of action to recover attorney fees if faced with a lawsuit is to use the facts and the law available based on a claim with which you are actually presented. Then, you can determine the best course of action based on that case.

GERBER is a partner of Rumberger, Kirk & Caldwell, where he represents clients in the areas of toxic tort, class actions, commercial litigation and governmental affairs. He frequently defends pest control companies and manufacturers of pesticides in claims alleging injury from chemical exposure. Contact him at dgerber@rumberger.com.