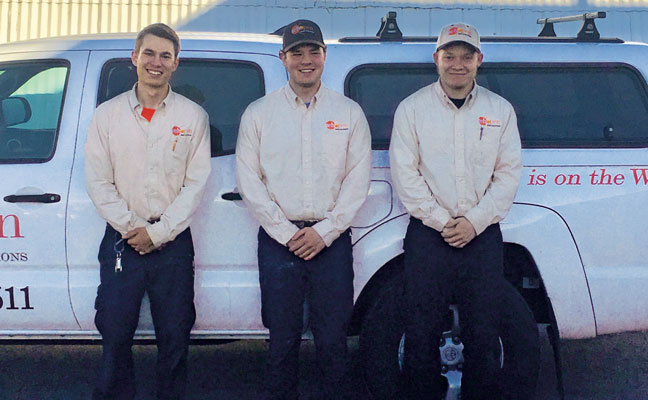 I’m not sure why I’m fixating on “age” lately. In my April column, I talked about getting older in the digital era. Last month, I turned the big 5-0 and wrote about my journey. This month, I want to tell everyone about my (mostly) positive experience in hiring Millennials and Gen Zs.

To truly understand this topic, we must define the battleground. Depending on what source you use, the cut-offs vary a little. For simplicity, we’re going with the Pew Research Center’s definitions.

Millennials come next. They are the kids of the “hippie movement” and the “make-love-not-war” era. These young adults were born between 1981-1996. Next up is Gen Z, which are mostly the offspring of the Gen Xers. These young people, sometimes also known as iGen, were born between 1995 and 2012. My two sons fall into this category. Everyone born after 2013 is categorized as Gen Alpha by some sources, but Pew Research Center currently is lumping them in with Gen Z.

When I started my company in 2006 (at age 38, for what it’s worth), I vowed I would never hire anyone under the age of 21. I was worried about immaturity, late-night drinking, late-night gaming, traffic accidents and lack of work ethic. So, the first employee I hired was in his 50s. He didn’t last one month.

Over the past five years, I have hired many men and women in their 40s and 50s, and only two have lasted more than three years. During that same stretch, I caved in and started hiring younger people. To date, I have trained six Millennials and five Gen Zs. All of them are still with me, except one.

Why are some older people so hard on younger generations? The answer, in most cases, is that it’s always been that way.

While social media seems to make the differences among the generations more glaring, every generation usually condemns the ones that follow: “slackers,” “hippies,” “draft dodgers,” “punks,” “goths,” “preppies,” “gang-bangers,” etc. Few people can live up to the expectations of the previous generations, many of whom forget the biases against them when they themselves were young.

How can we prosper with Millennials and Gen Zs on staff? If we first accept the fact that every generation has unique traits, as well as individuals whose personalities don’t fall into the overall definitions at all, we can then move forward and use these people at their full potential.

For example, in the early 1990s, a couple of my bosses had no problems swearing at me. I had one boss who would get red in the face, spittle shooting out of his mouth, and berate me like a drill sergeant.

Screaming at my current crop of 20-somethings just isn’t going to work. It will do the opposite. It will make me look like a jerk or a bully to these “kids,” and they will seek employment elsewhere.

I have noticed some differences among the generations at my own company. Specifically, they include:

Regardless of age, though, I’m proud to report my current crop of workers all come to the office on time. They rarely call in sick, and they handle most situations in a mature, measured way. They have no problem talking to their clients and they ask me a gazillion (good) questions.

I love my employees, and I hope my passion for my clients, my company and pest control is rubbing off.

Every lead is a potential sale

The importance of the sales process