The attendees came from all over, but they were mostly from Argentina, Peru, Uruguay, Chile and Mexico. PHOTO: CHEMOTECNICA

South American pest control product formulator Chemotecnica hosted the 2019 edition of Jornadas Técnicas para Empresas de Control de Plagas in Buenos Aires, Argentina, May 21-22. I was lucky enough to attend as a representative of PelGar USA, and along with PestWest’s Dr. Ted Granovsky and the National Pest Management Association’s (NPMA’s) Dr. Michael Bentley, I was one of three Americans present to represent the U.S. pest control industry this year. I gave two presentations during the conference: As a general assembly presenter, I shared best management practices for rat control; as a panelist in a breakout section, I spoke about the future of rodent control.

PelGar USA’s North American business manager, Andrej Branc, approached me about attending the event. His company wanted a presence at Chemotecnica, but needed someone who could speak Spanish and had experience in rodent control in big cities. 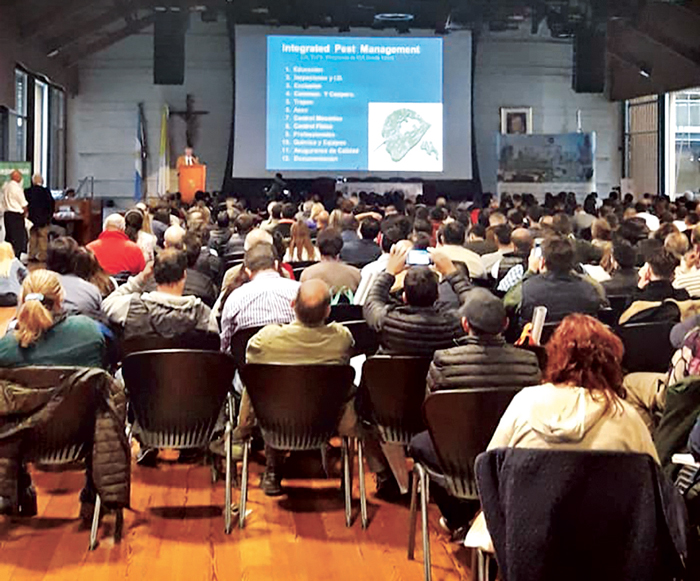 Every attendee was quiet, attentive and taking notes. There was no texting, no phones going off. Not a single baseball cap to be seen in the audience. Everyone had an eagerness and hunger to learn. PHOTO: CHEMOTECNICA

I immediately saw the parallels in the event with the New York Pest Expo, which my team and I put on and host each November. We’re in our 17th year; Jornadas Técnicas is in its 16th year. We both place a premium on industry training and education. I didn’t hesitate in saying yes, 11-hour-each-way flight be damned.

At this year’s Jornadas Técnicas, 1,010 distributor representatives, pest management firm owners-operators and pest management technicians attended. Crazier still, they were there only to learn — no continuing education units were involved. It’s both stunning and admirable. 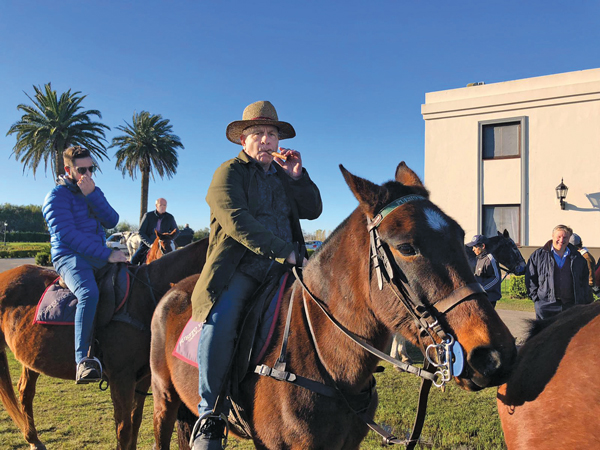 Andy Linares, a natural in the saddle! PHOTO: CHEMOTECNICA

According to Chemotecnica, the No. 1 commensal rodent for Argentina is the Norway rat (Rattus norvegicus), followed by the roof rat (R. rattus) and the house mouse (Mus musculus). In my general assembly presentation, I wanted to get across two points: first, to acknowledge the health, structural and economic components of rat control and second, to share best management practices for trap and rodenticide use with a focus on controlling the rodenticide by immobilizing it in the station for zero exposure to non-target animals and children.

I wrapped up that presentation with an explanation of add-on services opportunities, like disinfecting — going back to the health threat — and odor control. Without a doubt, I told the audience, the No. 1 technique they should employ is exclusion. While exclusion is hardly a new concept, much of the audience was not necessarily aware of all the materials currently available to them for providing these services. 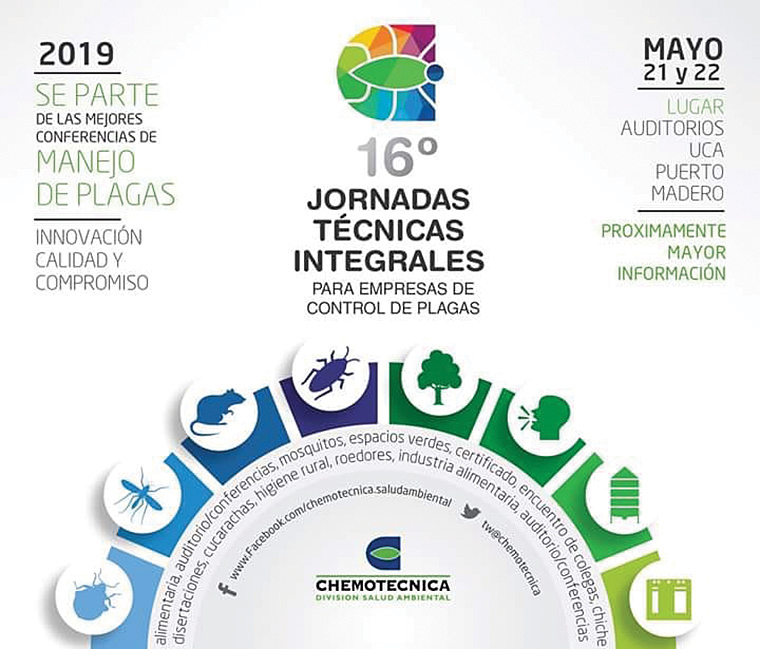 The concerns of those who work in the Latin American pest control industry are very similar to ours in the United States: They are very keen on technology. They want to learn about drones, infrared tools, bar coding and more. After my talk on best rodent control practices, I was mobbed outside the hall with questions and requests for follow-up. PHOTO: CHEMOTECNICA

Of course, the event focused on more than just rodents. Presentations also covered flies, cockroaches, mosquitoes, scorpions, ticks, and even insects as food.

I arrived on Monday, and left Friday. After the event took place Tuesday and Wednesday, the organizers held a post-event Thursday for distributors and speakers. It was a barbecue celebration at a polo grounds/horse farm on the outskirts of Buenos Aires with phenomenal food and drinks. For me, though, the icing on the cake was the opportunity to ride a horse for the first time in my life. According to all those present, I did well!

Rather than a trade show component, the event had kiosks with Chemotecnica products, along with some products from PelGar, PestWest and Syngenta. PHOTO: CHEMOTECNICA

LINARES is founder and president of Bug Off Pest Control Center, New York, N.Y., which is the platinum sponsor of the PMP Hall of Fame.