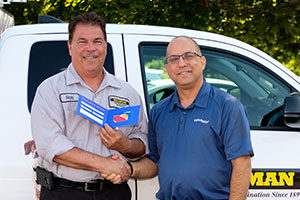 Liphatech, the Milwaukee, Wis.-based manufacturer of FirstStrike, Resolv, and TakeDown soft bait rodenticides, announced the winners of its 2019 Soft Bait Slam Dunk Challenge. This program was launched in March, and awarded points to pest management professionals (PMPs) for purchases of Liphatech soft baits.