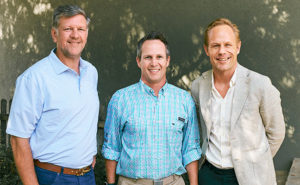 “Partnering with the team at Waynes positions Anticimex for an attractive and substantial growth trajectory in the key states of Alabama, Tennessee and Mississippi,” comments Mikael Vinje, regional president of Anticimex North America, in a press release. “Waynes has established a remarkable team centric culture, a relentless commitment to serving its customers and a dynamic and growth-oriented business development process. The values that drive Waynes’ commitment to their customers and team members are very much aligned with Anticimex’s core values of trust, passion and innovation, which further solidified the mutual decision to engage in this merger.”

Founded in 1973, Waynes began as a pest and termite control company but has since expanded its offerings to other home-care services. According to a press release from Anticimex, Waynes achieved over $27 million in annual revenue in 2018. Waynes currently employs 215, and Anticimex says it plans to hire more.

“With the alignment of core values and Anticimex’s available resources, our team members will have unique opportunities to develop professionally and personally while continuing to steward what we have built,” says Steven Splawn, CEO of Waynes, in a press release. “We are excited that our existing team will continue to lead our vision, strategy and service operations as we progress towards our 50th anniversary and beyond.”

Splawn will remain a senior adviser to Waynes and Anticimex. Eric Frye will serve as president for Waynes operations going forward.

The merger is one of 10 acquisitions Anticimex has completed in the United States in 2019. In May of this year, the company purchased JP McHale Pest Management based in Buchanan, N.Y., enhancing its competitive position on the East Coast.