The New Jersey Pest Management Association (NJPMA), at its 72nd annual Clinic, Trade Show & Clambake, named Ralph Citarella Jr., BCE, as the Pest Management Professional of the Year. It also honored Bernie Holst Jr. upon his retirement as NJPMA treasurer, a position he held for the past 20 years. 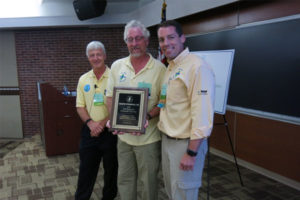 Citarella currently serves on the board of directors for the NJPMA and has been the educational program committee chairman for the past four years. In 2005, he completed the NJPMA leadership program.

Harry Ross, ACE, president of NJPMA and Immediate Past President Paul Utts presented Citarella with his award, noting his contribution to the development of new programs that help promote the industry and the professionalism of its members. 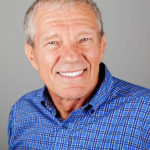 “I have found Ralph Jr. to be one of the most knowledgeable and cooperative people that I have dealt with in my 30-plus years in the pest control business,” says Ross. “There is no more deserving individual for Pest Management Professional of the Year. He is an unbelievable asset to his company, your association and the industry as a whole.”

Even while busy growing his company, Horizon Pest Control, Holst promoted the NJPMA and offered his dedication and leadership for more than 40 years. He is only the second person from New Jersey to serve as president of both the NJPMA and the National Pest Management Association. During Holst’s tenure as NJPMA treasurer, the association grew both in size and in wealth.

“Bernie Holst Jr. has been the conscience and the guiding force of our association,” says Len Douglen, executive director of the NJPMA. “His credo in both running his company and advising our board of directors has always been ‘do the right thing.'”