A PMP primer for dog ectoparasites 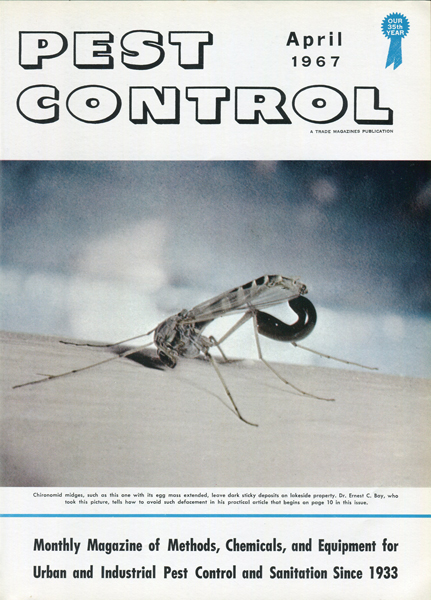 In the April 1967 issue of what was then known as Pest Control magazine, we published an article by Dr. Harold George Scott titled “Dog Ectoparasites.”

Looking at it through the lens of today, the info still holds up. Dr. Scott divided the most common ectoparasites affecting canines into five categories, and noted that occasional pests such as “nest bugs, kissing bugs, ked flies and fly larvae” could also attack dogs. The categories were:

2. Chewing lice (suborder Mallophaga), for which Dr. Scott mentioned both the dog biting louse (Trichodectes canis), as well as the false kangaroo louse (Heterodoxus spiniger), which today seems to go by the common name dog louse.

3. Fleas (order Siphonaptera), specifically, the ones pest management professionals know all too well today: the cat flea (Ctenocephalides felis) — which, despite its common name, can be a parasite of dogs and other mammals (and some birds) — and the dog flea (C. canis), among others.

His article included pictorial keys courtesy of the U.S. Department of Health, Education and Welfare, Communicable Disease Center, Training Branch, Atlanta, Ga., which is today known as the Centers for Disease Control and Prevention, or CDC. He concluded his article as follows:

PCOS thoroughly familiar with dog ectoparasites can furnish valuable information to their clients on how to best overcome current infestations. They can recommend veterinary treatment early when cures are more easily attained, and can carry out effective environmental and pesticidal control.

Who was Dr. Scott? 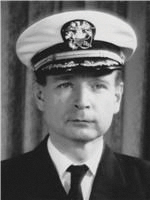 According to his obituary, Capt. Harold George Scott, Ph.D. (1924-2015), served in the U.S. Army during WW II, Korea, Dominican Republic, Vietnam, the Persian Gulf War and the Iraq War. He authored more than 1,000 military-related publications and 11 general interest books. The writeup, which appeared in the New Orleans, La., Times-Picayune, also mentioned his friendship with Dr. Martin Luther King Jr. Other highlights included:

• In 1955, he became a commissioned officer in the U.S. Public Health Service (USPHS) and was stationed at the Centers for Disease Control and Prevention (CDC) in Atlanta … In 1957, he was awarded his Ph.D. in biology. He was an expert in vector-borne diseases, and instrumental in congressional legislation signed by President Lyndon Johnson contributing to the control of vector-borne diseases in the United States.

• In 1967, he became the assistant director of the USPHS Hospital in New Orleans. In 1969, he was appointed deputy assistant administrator of the USPHS Consumer Protection and Environmental Health Service in Washington, D.C., where among other efforts he prepared portions of President Richard Nixon’s first State of the Union Address (delivered Jan. 21, 1970). In 1970, he was nominated for Rear Admiral, but President Nixon failed to sign the promotion.

- Petless accounts can still get fleas

- Use nonverbal cues to communicate with detector dogs