Truly Nolen Pest Control promoted Josh Bewley to district manager of central Florida, which encompasses service offices across the metropolitan Tampa Bay area, as well as in Lakeland and Kissimmee, Fla. His office will be based out of the company’s Brandon, Fla., service office located at 1626 E. State Road 60, suite #102. 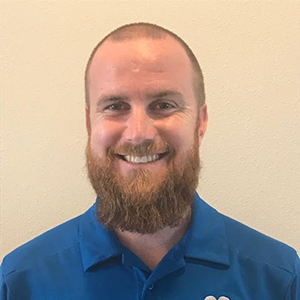 Bewley, who has 11 years of experience in the pest control industry, joined Truly Nolen in 2011 as a service technician in Tampa, Fla. He then became a manager-in-training in Kissimmee, and has since managed both the Tampa and Sarasota service offices. Prior to joining Truly Nolen, Bewley was a licensed massage therapist for three years. He earned his associate’s degree from Pasco Hernando Community College and also attended the University of South Florida.

“My favorite thing about Truly Nolen is the family-owned atmosphere,” says Bewley.

Some of Bewley’s new responsibilities will include overseeing the region’s service offices in terms of staff development, helping foster involvement with community events and reinforcing the company’s core values throughout the region.

“I’m most excited about working with and developing our partners,” says Bewley. “We have an amazing team, and I am honored to have the opportunity to work with them all.”

“Throughout Josh’s tenure, he has embraced our core values and used them to create a customer-focused structure under which our service office partners flourished,” says Justin Bellet, COO. “He was the perfect person for this position, and I look forward to watching his continued success with our company.”